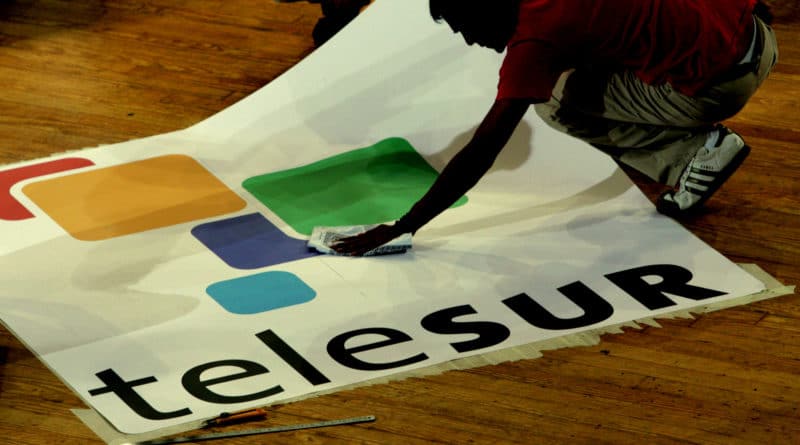 On Wednesday, January 15, the illegitimate leadership of the National Assembly (AN) headed by the opposition deputy, Juan Guaidó, in a clandestine session outside the Legislative Palace, “appointed” rightwing journalist Leopoldo Castillo, as the supposed new head of TeleSur news channel.

With 92 opposition deputies voting in favor (according to them), the unconstitutional leadership of the AN decided to place Castillo as director of the international channel and with him, appointed Larissa Patiño as alleged coordinator of the Commission for restructuring Telesur.

RELATED CONTENT: President of Telesur: Guaido “Talks About Something he Doesn’t Know and Clearly Doesn’t Understand”

The self-designations were supported by Guaidó in the Amphitheater of El Hatillo, in Caracas, on Wednesday afternoon, with the presence of a group of political followers.

“ATTENTION | President (E) of Venezuela, @jguaido, designates Leopoldo Castillo as president and Larissa Patiño as coordinator of the Commission for the Restructuring of Telesur to recover the signal and place it at the service of democracy in the region,” the @Presidencia_VE account posted on the social network Twitter.

Guaidó’s interest in taking control of international companies that belong to Venezuela is curious, taking into account that he is accused of stealing 800 million dollars from the funds belonging to the state-owned Citgo, a subsidiary of Petróleos de Venezuela (PDVSA), and Monómeros, companies that in record time fell into bankruptcy and face several probes on embezzlement in several countries after Guaidó and the US seized them, according to the Minister for Communication, Jorge Rodríguez, in a complaint made in June 2019.