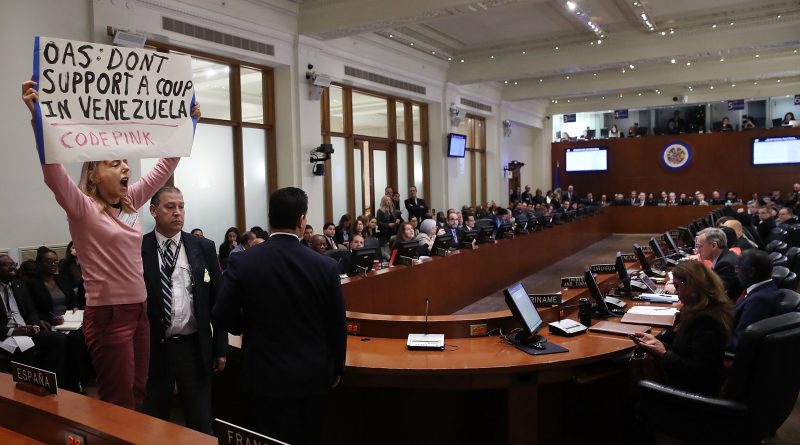 The National Assembly (AN), whose directive remains in judicial contempt, approved this Tuesday, July 23, the reinstatement of Venezuela to the Inter-American Treaty of Reciprocal Assistance (TIAR), a mechanism that subscribes, among other things, to the commitment of mutual defense between nations of the hemisphere in the face of extra-hemispheric armed attacks.

Parliamentarian in contempt Juan Guaidó, who serves as the highest representative of that body, requested the AN urgently approve this measure. “TIAR is not magic; We have reached this point after years of building. This is not a solution that sends us to back our homes; it’s the opposite” he said.

Even among anti-Chavista forces within the National Assembly there was confusion and criticism over this decision that was not on the agenda for the session held in Alfredo Sadel square in the opulent barrio “Las Mercedes” in Caracas and was not discussed properly according to the relevance of this matter.

For most of the anti-Chavismo, rejoining the TIAR means opening the possibility of a US military intervention, according to their twisted interpretation of international law. In recent days Guiadó mentioned that with the TIAR they will not “use for force”, but “for humanitarian aid”.

The TIAR is an inter-American pact of mutual defense that was signed more than 70 years ago. It is also known as the Rio Treaty, in honor of the name of the Brazilian city where it was originally signed on September 2, 1947, after World War II.

Mexico, Cuba, Venezuela (2013), Nicaragua, Bolivia, and Ecuador withdrew from this treaty as it proved ineffective during the Malvinas Crisis when the UK, an extraterritorial country, went to war with Argentina. In addition Venezuela formally abandoned the OAS last april at the end of a 2 year term after its proceedings against the elected government of Venezuela violated the OAS charter.