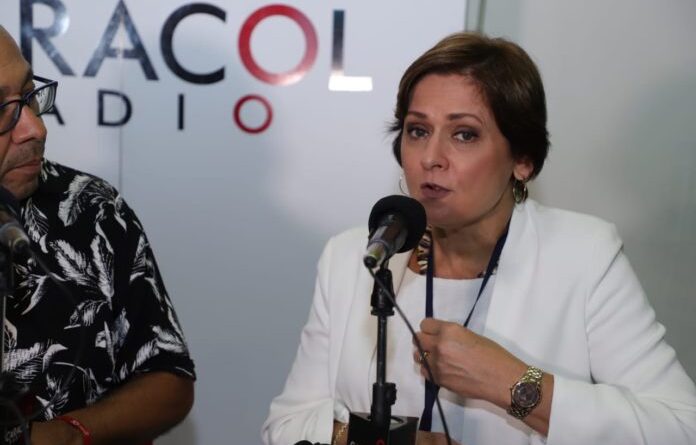 Amid alerts about her possible escape from Colombia, Carmen Elisa Hernández, the official appointed by former deputy Guaidó and his primary “asset” within the Monómeros company, has resigned. Monómeros was illegally appropriated by groups controlled by the former ultra-right-wing deputy, in complicity with the government of Iván Duque.

Carmen Elisa Hernández was recognized by Colombian authorities as president of the board of directors of the multimillionaire firm belonging to Venezuela’s Petróleos de Venezuela SA (PDVSA), which operates in the towns of Barranquilla and Buenaventura in Colombia.

According to a report circulated by Colombian media outlets, Hernández addressed a letter to Guaidó notifying him of the termination of her commitments to the large-scale fertilizer producing corporation.

In the text, she claims to be “in disagreement with the position taken by the other members of the board concerning the intervention of the Superintendent of Companies of Colombia.” Hernández was referring to the most recent attempt by Casa Nariño [the seat of Colombia’s presidency] to illegally appropriate the company belonging to the Venezuelan people, under the threat of possible agreements on it, and other Venezuelan assets abroad, within the Mexico Talks.

Carmen Elisa Hernández is a mechanical engineer and graduate of Simón Bolívar University (USB), and was one of the senior executives of PDSVA who promoted sabotage against the company between 2002 and 2003. She was also director of the Mayor’s Office of Baruta (Caracas) during the management of Gerardo Blyde, and is also close to Leopoldo López .

Hernández’s functions
Since the appointment of Hernández by Guaidó as the head of Monómeros Colombo Venezolanos, she had served as one of the foremost allies of the then diplomatic representative of the former deputy, Humberto Calderón Berti, who later resigned after denouncing corruption among Guaido’s representatives in Colombia.

Hernández  is said to be one of the main promoters of the Venezuelan migration campaign in Colombian territory. This mechanism has been used by the national and international right to politically manipulate public opinion against the legitimate government of Nicolas Maduro and Chavismo.

She also played a role in the organization and logistics of the ill-intentioned humanitarian aid intended to cross the border in the state of Táchira in February 2019. That action that was later exposed as a false flag operation.

Currently, Hernández is among those who lead a non-profit organization called Ávila Monserrate, which lists training of “leaders in exile” among its activities. She is also noted as being a partner in a consulting firm that works on contracts for Colombian and Ecuadorian oil companies.