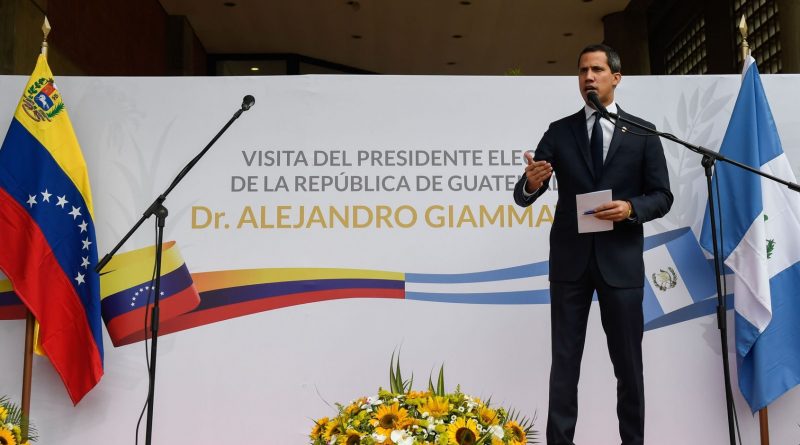 Alejandro Giammattei, who does not recognize the legitimacy of Nicolás Maduro as president, had arrived in the country to meet with the opposition deputy Juan Guaidó.

The Venezuelan Foreign Ministry said it did not allow entry because he did not present a Guatemalan passport. He was accompanied by Pedro Brolo (future Minister for Foreign Affairs) who carried Spanish passport and Giorgio Bruni who was traveling with an Italian passport.

In an evident media show, the politician (who takes office in January 2020) posted a video to his twitter account (with less that 35.000 followers) denouncing Venezuelan authorities (at least here he recognizes who the Venezuelan authorities are) for prohibiting his entry to the country upon his arrival at the Simón Bolívar -Maiquetía- International Airport, which serves Caracas.

“Deputy Guaido trying again to make a media show put in evidence worldwide who the authorities are in Venezuela and how irrelevant is his alleged presidency,” an international analyst said to OT.

The Guatemalan MFA issued an official communique repudiating the sovereign decision of Venezuela and referring to Venezuela’s democracy as the “illegitimate Maduro’s regime”, terminology imposed on them by the US government, the mastermind of this media spectacle.

As is public knowledge, Mr. Giammatei has the status of President-elect of the Republic of Guatemala, however, he presented himself before the immigration checkpoint with a passport that accredits him as a national citizen of the Italian Republic. The fact that an elected President of an independent Republic, intended to enter another country under a citizenship other than that of the country where he will exercise the Presidency, drew the attention of the corresponding migration officials, who proceeded to apply the identity verification protocol and perform questioning protocols about the reason for the visit.

Once discarded by Mr. Giammatei himself that the reason for his trip was that of a tourist or private visit (which would allow his entry to Venezuela without visa), and since there is no proof of invitation by the Venezuelan Government, nor any coordination on the part of the Guatemalan embassy in relation to this visit, we proceeded to declare his inadmissibility, like that of his companions Pedro Brolo, with a Spanish passport, and Giorgio Bruni, with an Italian passport.

The visit to Venezuela of high-level foreign officials requires not only the realization of bilateral coordination in matters of agenda, security and issuance of visas, but also the presentation of credentials and identity documents of the country in which they are met are essential government functions.

Today, Indigenous Resistance Day, Venezuela reiterates its call to maintain relations between States within the framework of greater respect and International Law.