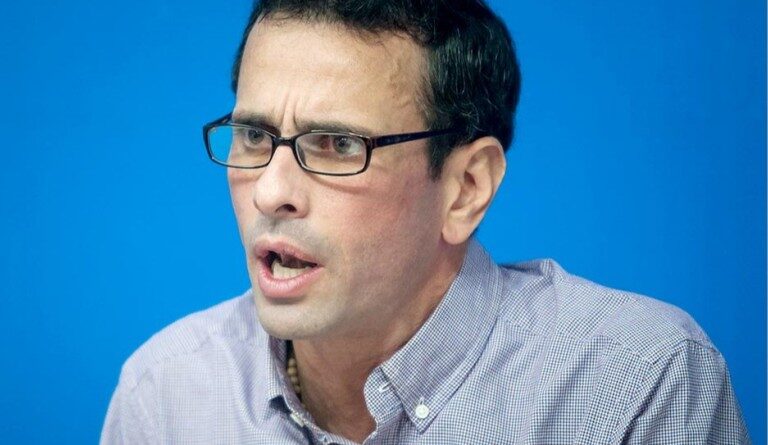 On Monday, November 22, the former governor of the state of Miranda, Henrique Capriles, called for unity in the opposition ranks, meanwhile attacking the Democratic Unity Roundtable’s (MUD) dissidence.

According to Capriles, “the opposition would have achieved victory in at least eight states had it not been for vote dispersion amongst its ranks.” Capriles stressed that this dispersion was due to a part of the opposition that is linked to the government, and which is not adhering to the guidelines established by the G4, and also due to the failure of the subversive approach.

Departing from the abstentionist group headed by Leopoldo López and María Corina Machado—which Capriles’ party had adhered to in the 2017, 2018 and 2020 elections—Capriles conceded that abstention was not “Sunday’s winner,” and affirmed that Venezuelans have begun to reunite with the exercise of their electoral right.

In Capriles’ words: “on Sunday, more than nine million of us [Venezuelans] expressed ourselves electorally, and we have begun to reunite again with the exercise of our electoral rights that will be fundamental for the future.”

Capriles emphasized that vote dispersion affected the opposition, for which reason he urged change among the opposition ranks. In these reflections, Capriles also considered votes for the Democratic Alliance party as opposition votes, although in the past he has referred to them as government “allies.”

Finally, Capriles criticized the opposition candidates who did not withdraw despite knowing that they did not have the necessary votes to win. He insisted on the need to prioritize primaries for upcoming elections. However, Capriles did not mention that the majority of these candidates were part of the Justice First party ranks, as was the case of Fernando Andrade in Táchira, and Carlos Ocariz in Miranda. The latter withdrew his candidacy after the National Electoral Council’s (CNE) modification period had already expired.