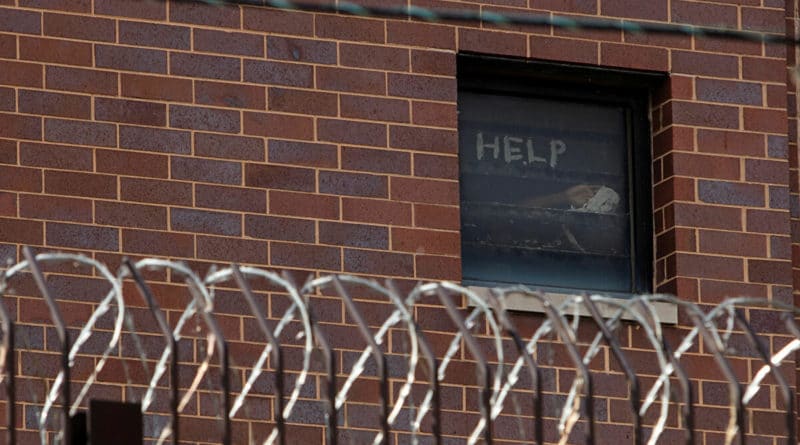 As the COVID-19 novel coronavirus continues to ravage the US, human rights groups and others have called on prisons to release inmates who are medically vulnerable to this respiratory illness. However, pushback from the courts and inaction from the correctional facilities has turned many jails into petri dishes for COVID-19.

Paul Wright, the founder and executive director of the Human Rights Defense Center and editor of Prison Legal News, and Kevin Gosztola, a writer for Shadowproof.com and co-host of the podcast Unauthorized Disclosure, joined Radio Sputnik’s Loud and Clear on Thursday to shed light on how the novel coronavirus is rapidly spreading within US prisons and putting those both inside and outside of the facilities at a higher risk for contracting COVID-19.

Wright described prison guards and other associated staff as virtual “conduits” for the novel coronavirus when they return to their communities after being potentially exposed to the contagious disease during their work shifts.

“I think that we’re just going to be seeing higher and higher casualty rates,” he argued to hosts Brian Becker and John Kiriakou.

The Prairie State’s Cook County Jail experienced its second COVID-19-related fatality with the death of a 59-year-old inmate on Thursday. While the deceased was hospitalized on March 30, the Chicago, Illinois, facility itself has become a breeding ground for the contagious disease, with at least 276 detainees and 172 sheriff’s office staffers testing positive, according to CBS News.

Gosztola highlighted that the Cook County Jail is now regarded as “the biggest case cluster in the United States” for the novel coronavirus when one includes both infected detainees and staff members. This fact did not appear to matter to Judge Matthew Kennelly, who on Thursday denied a request to release medically vulnerable inmates from the jail.

Gosztola went on to point out that of the 4,700 detainees at the facility, “about 1,500 of them are individuals who are in jail only because they cannot afford to pay their bond.”

“So, essentially, there are people being sentenced to possible death because they cannot afford to pay what is necessary to free themselves from the facility,” he asserted.

Gosztola added that despite the implementation of social distancing orders and guidelines for those not incarcerated, many prisons have maintained their usual, dormitory-style bunks that are generally closer together than the recommended 6 feet.

More than 100 people jailed at the Monroe Correctional Facility in Monroe, Washington, assembled in the recreation yard and staged a demonstration Wednesday night after learning that six of their fellow inmates and five prison staffers had tested positive for COVID-19. While pepper spray, sting balls and rubber pellets were used by guards to break up the protest, the facility reported no injuries from the engagement.

During interviews with Seattle-based outlet KIRO 7 News, family members of the inmates at the minimum security facility asserted their protest was a collective effort to sound the alarm over their need for personal protective equipment, additional COVID-19 testing and proper isolation and care for those found to be infected with the virus.

A Washington Department of Corrections release claimed the six individuals infected with the novel coronavirus were transported to an isolation facility on Sunday and are currently receiving medical care.

Wright contended that it is no surprise that the US prison system appears to be set up to kill vulnerable detainees. “The government that we’ve known for centuries fosters and perpetuates and really encourages diseases and pandemics to take root, spread and infect people,” he said.