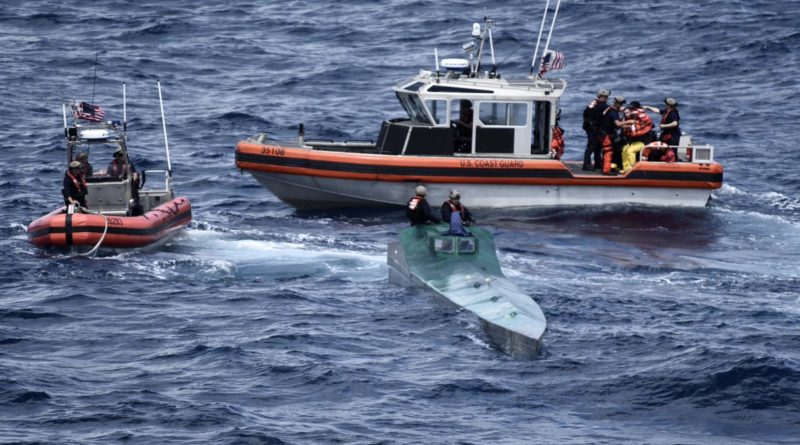 The Southern Command announced through its Twitter account that it seized 2,100 kilos of cocaine valued at about 40 million dollars during the operations it carries out in the waters of the Caribbean Sea and the western Pacific Ocean.

We will not let drug traffickers exploit #COVID19. #SOUTHCOM is protecting Americans from illegal drugs. The @USNavy and @USCG worked with partner nations to disrupt 2,100KG o cocaine valued at an est. $40M since the start of Enhanced Counter-Narcotic Ops. #CounterDrugOPS pic.twitter.com/RzRs8NLmvC

However, the tweet was backed by a photograph from December 2019, an image that accompanied anti-narcotics operations carried out by the United States Coast Guard in the eastern Pacific Ocean.

RELATED CONTENT: Sign the Open Letter to Stop the US War on Venezuela – Pink Floyd Roger Waters Joins the Initiative

As then reported by gringo media -like the Los Angeles Times in its digital edition of December 18, 2019-, where the news of the Coast Guard operation appears accompanied by the same photo that the Southern Command recently published as an evidence of their success in the Caribbean coasts.

Of course, this tweet from @Southcom was replicated by right-wing media, which serve as multipliers of this media trend manufactured by the Southern Command to justify its supposed fight against drug trafficking in the area, disguising a US military operation planned on Venezuela.

Didn’t the Southern Command have a camara, video camera or maybe a smartphone to record such an important seizure in Caribbean waters and thus accompany their tweets with current images?