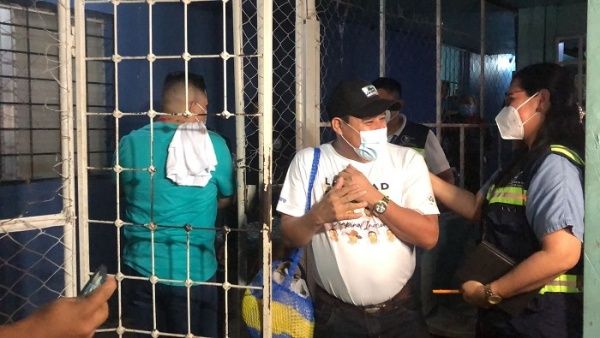 Six of the eight Honduran environmentalists, who were in prison, were released by a ruling from the court of Trujillo.

On February 24, the Court of Trujillo in the Colón Department of Honduras ruled in favor of six of the eight Honduran environmentalists prosecuted for the Guapinol case. They have now been released from prison.

The court resolution came two weeks after the Constitutional Chamber of the Supreme Court of Justice (CSJ) ordered the release of the Guapinol defenders by granting two injunction appeals in their favor.

In February, another court in Honduras had convicted six of the eight environmental defenders accused of property damage, aggravated damages, and unjust deprivation of liberty against the Los Pinares Mining Company.

The activists had been behind bars for more than two years after they had been denounced by Los Pinares company in 2019, following protests against the Guapinol mining project in Colón community.

RELATED CONTENT: Elections in Colombia: Prospects for Change and Lack of Guarantees

The Honduras Office of the United Nations High Commissioner for Human Rights welcomed the court order for the release of the six environmentalists who had been “arbitrarily deprived of their liberty.”

The UN High Commissioner also considered that the Honduran State must address comprehensive reparation of damages caused by the detention of the activists and likewise investigate the causes behind their detention, in accordance with the provisions of the UN Working Group on Arbitrary Detention.