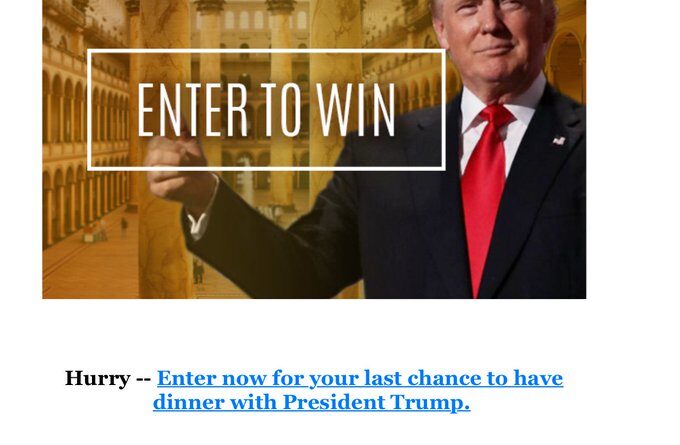 Argentine journalist Carlos Montero, who is based in the United States, a respected influencer of public opinion within the Spanish-speaking community of that country and in Latin America, wrote on Twitter that there were things that confuse him about the “crisis” in Venezuela.

Specifically, Montero referred to the fact that “several Venezuelans in Miami who say that in their country people are starving, today are going to pay $580,600 per couple to attend a fundraising dinner for Trump in Florida. This is an allusion to the event scheduled on the president’s agenda during his visit to that state, as part of his campaign for reelection.

Many Venezuelans, identified with the most extreme opposition to the government of President Nicolás Maduro, living in Miami and other nearby cities, often invoke the economic crisis in Venezuela – for which they blame the Bolivarian government entirely — to justify the overthrow of Maduro by any means, including foreign armed intervention.

However, the most prominent agents in this sector, who are those who can access a dinner with the US president whose entrance costs almost $600,000 dollars, have done nothing to alleviate the economic situation of their compatriots, neither in the US nor in Venezuela, quite the contrary.

In fact, they are one of the groups behind new sanctions courting Florida Republican lobbyists, led by senators such as Marco Rubio, a close associate of Trump.

These actions, far from benefiting the Venezuelan people — the same people that they say are starving — have greatly damaged them, as several reports prepared by renowned human rights experts, such as former United Nations reparteour Alfred de Zayas, already demonstrate.