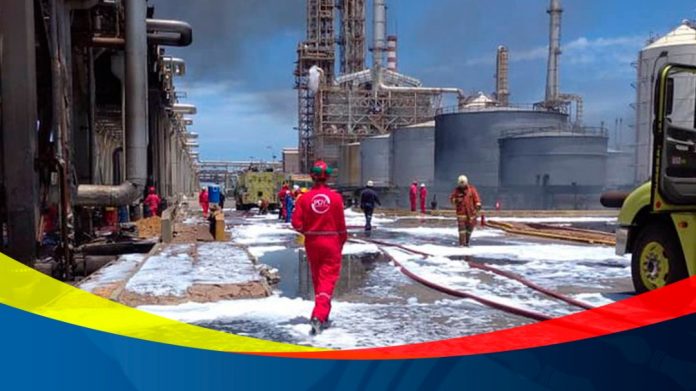 During an interview for Ultimas Noticias (UN) newspaper, the oil expert explained that both refineries are operating thanks to the Monagas and Anzoátegui oil.

As Paravisini explained to UN, the revival of gasoline production by the Bolivarian government was due “to the combination of political actions” that began on February 20.

RELATED CONTENT: How Much Did Miami Venezuelans Pay for Trump Fundraiser?

This process began with the signing of two decrees by President Nicolás Maduro and prepared by the Alí Rodríguez Araque Commission and the General Staff of the Workers’ Productive Councils.

Of this order of ideas he explained: “With this combination, the non-production of gasoline could be broken, PDVSA itself could not as such. This legal framework allows workers to take initiatives and start the production of gasoline, after the refineries are started.”

He asserted that this new boost allows the present supply of national fuel to go to the domestic market, which has also contributed to the reactivation of domestic gas production.

He added that although PDVSA production has been limited by the sanctions and blockades imposed by the United States on international companies, Venezuela “has countries such as India, China, Spain, Italy, and even US companies with which it maintains commercial relations.”

He stated that currently “600,000 barrels per day are produced to meet export and domestic consumption.”

Paravisini considered that if all these unilateral and illegal sanctions imposed on Venezuela were repealed, “its production could be increased to a capacity of three to four million barrels per day.”