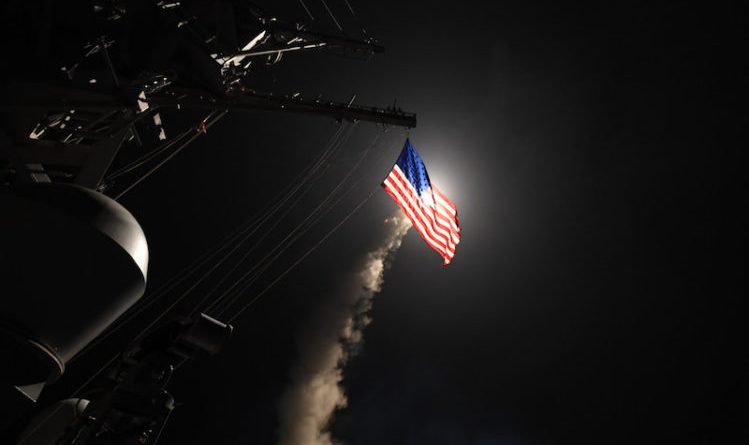 Yemen is a nightmare, a catastrophe, a mess—and the United States is highly complicit in the whole disaster. Refueling Saudi aircraft in-flight, providing targeting intelligence to the kingdom and selling the requisite bombs that have been dropped for years now on Yemeni civilians places the 100,000-plus deaths, millions of refugees, and (still) starving children squarely on the American conscience. If, that is, Washington can still claim to have a conscience.

The back story in Yemen, already the Arab world’s poorest country, is relevant. Briefly, the cataclysm went something like this: Protests against the U.S.-backed dictator during the Arab Spring broke out in 2011. After a bit, an indecisive and hesitant President Obama called for President Ali Abdullah Saleh to step down. A Saudi-backed transitional government took over but governed (surprise, surprise) poorly. Then, from 2014 to 2015, a vaguely Shiite militia from Yemen’s north swarmed southward and seized the capital, along with half the country. At that point, rather than broker a peace, the U.S. quietly went along with, and militarily supported, a Saudi terror-bombing campaign, starvation blockade and mercenary invasion that mainly affected Yemeni civilians. At that point, Yemen had broken in two.

Now, as the Saudi campaign has clearly faltered—despite killing tens of thousands of civilians and starving at least 85,000 children to death along the way—stalemate reigns. Until this past week, that is, when southern separatists (there was once, before 1990, a South and North Yemen) seized the major port city of Yemen, backed by the Saudis’ ostensible partners in crime, the United Arab Emirates. So it was that there were then three Yemens, and ever more fracture. In the last few days, the Saudi-backed transitional government retook Aden, but southern separatism seems stronger than ever in the region.

Like Humpty-Dumpty in the nursery rhyme, it’s far from clear that Yemen can ever be put back together again. Add to that the fact that al-Qaida-linked militants have used the chaos of war to carve out some autonomy in the ungoverned southeast of the country and one might plausibly argue that the outcome of U.S.-backed Saudi intervention has been no less than four Yemens.

What makes the situation in the Arabian Peninsula’s south particularly disturbing is that supposed foreign policy “experts” in D.C. have long been hysterically asserting that the top risk to America’s safety are Islamist-occupied “safe havens” or ungoverned spaces. I’m far from convinced that the safe-haven myth carries much water; after all, the 9/11 attacks were planned in Germany and the U.S. as much as in, supposedly, the caves of Afghanistan. Still, for argument’s sake, let’s take the interventionist experts’ assumption at face value. In that case, isn’t it ironic that in Yemen—and (as I’ll demonstrate) countless other countries—U.S. military action has repeatedly created the very state fracture and ungoverned spaces the policymakers and pundits so fear?

U.S. airstrikes and regime change policy in Libya has unleashed an ongoing civil war, divided the country between at least two warlords, and enabled arms and militiamen to cross the southern border and destabilize West Africa. Which means that Niger, Libya, Cameroon, Mali, Chad and Nigeria have seen their shared territory around Lake Chad become a disputed region, contested by a newly empowered array of Islamists. That, of course, led the U.S. military to plop a few thousand troops in these countries. That deployment is unlikely to end well.

In Israel/Palestine, decades of reflexive U.S. support for Israel and Donald Trump’s doubling down on that policy—by moving the U.S. embassy to Jerusalem and turning a blind eye to Israeli plans to annex much of the West Bank—have ensured, once and for all, that there can be no viable Palestinian state. Which means that the area is divided into at least three (for the Palestinians, at least) noncontiguous entities: Gaza, Israel and the West Bank.

In Syria, American meddling in the civil war, self-destructive support for various Islamists groups there and military intervention on behalf of the Kurds have broken Syria into a mostly jihadi, rebel-held northwest, Assad-regime center and U.S.-backed Kurdish east.

Just over the border in Iraq stands the gold standard of counterproductive U.S. fracture. There, an ill-fated, illegal U.S. invasion in 2003 seems to have forever broken into an autonomous Kurdish north, Shiite-held east and south and Sunni-controlled west. It is in that contested western region that Sunni jihadism has long flourished and where al-Qaida in Iraq, and its more extreme stepchild, Islamic State, metastasized and then unleashed massive bloodletting on both sides of the border.

Finally, in Afghanistan, the U.S. invasion and occupation—as well as any impending peace deal—ensured that this Central Asian basket case of a country will divide, for the foreseeable future, into Taliban-dominated Pashtun south and east and tenuous Tajik/Uzbek/Hazara minorities held north and west.

The point is that the U.S. has irreparably fractured a broad swath of the globe from West Africa to Central Asia. Interventionist pundits in both parties and countless think tanks insist that the U.S. military must remain in place across the region to police dangerous “ungoverned spaces,” yet recent history demonstrates irrefutably that it is the very intervention of Washington and presence of its troops that fragments once (relatively) stable nation-states and empowers separatists and Islamists.

The whole absurd mess boils down to a treacherous math problem of sorts. By my simple accounting, a region from Nigeria to Afghanistan that once counted about 22 state entities has—since the onset of the U.S. “terror wars”—broken into some 37 autonomous, sometimes hardly governed, zones. According to the “experts,” that should mean total disaster and increased danger to the homeland. Yet it’s largely U.S. military policy and intervention itself that’s caused this fracture. So isn’t it high time to quit the American combat missions? Not according to the mainstream policymakers and pundits. For them, the war must (always) go on!

Counterproductivity seems the essence of U.S. military policy in Uncle Sam’s never-ending, post-9/11 wars. Call me crazy, or wildly conspiratorial, but after serving in two hopelessly absurd wars and studying the full scope of American military action, it seems that maybe that was the idea all along.

Maj. Danny Sjursen is a retired U.S. Army officer and former history instructor at West Point. He served tours with reconnaissance units in Iraq and Afghanistan… 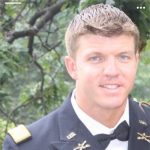