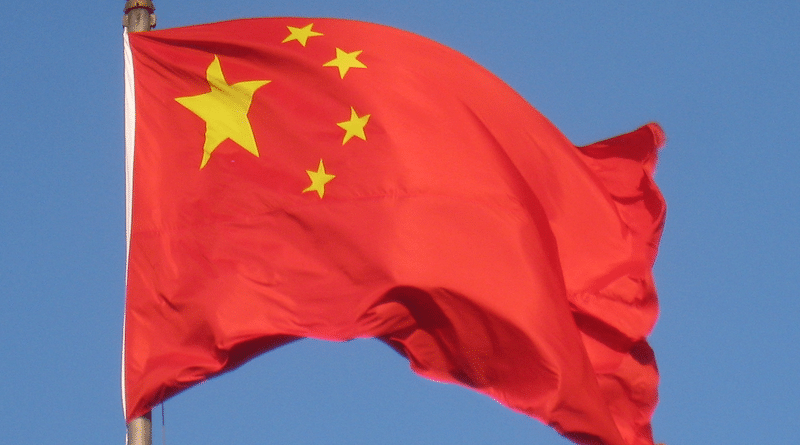 China is in the news every day now. Today here in Australia we’re pretending to be offended because a Chinese tabloid published the accusation that our nation is a “giant kangaroo that serves as a dog of the US”, even though we all know that’s completely true and we should be flattered that at least they said “giant”. Before that we were getting indignant over a hefty barley tariff in response to our facilitation of America’s global anti-China spin campaign, which it turns out Washington screwed us on.

Anti-China sentiment has been thriving in Australia, aided by our Murdoch-dominated news media, State Department-funded think tanks explicitly geared toward manipulating the China narrative, and of course our own deep-seated racism and xenophobia. Because of its geographical location, the US military/intelligence asset conventionally known as Australia has been a major focal point for the US-centralized empire’s propaganda campaign against the most powerful unabsorbed nation in the world.

China is in the news all the time because of imperialism.

To understand what’s going on with China and why the “news” media keep punching you in the face with stories about how awful it is, you really only need to grasp two basic points:

Point 1: We are in the middle of a slow-motion third world war between the US-centralized power alliance and the nations which have resisted being absorbed into it.

A loose alliance of nationless oligarchs who use governments as weapons have secured control over a large empire-like cluster of nations with economic and military might loosely centralized around the United States. In order to gain more power and ensure its ongoing hegemony, this oligarchic empire must keep expanding by absorbing more nations and brutalizing them if they resist. China is by far the most powerful of the unabsorbed nations, followed by Russia at a distant second and Iran at a distant third.

Nuclear weapons make another hot world war undesirable, so this one takes the form of resource control, economic warfare, staging coups, arming oppositional militias to use as proxy armies, expanding military presence in key geostrategic regions under the pretense of fighting terrorism, and “humanitarian interventionism”, with old-school full-scale ground invasions used only as a last resort, and only after manufacturing sufficient international approval to ensure the continued cohesion of the empire-like power alliance.

But the end goal is the same as that of a conventional world war: to beat the other side into submission and compliance. And, in this case, absorption into the imperial blob. After the fall of the Soviet Union, the prevailing orthodoxy in US power structures became that the US must maintain unipolar hegemony at all cost to maintain a “liberal world order” (even if it means abandoning “liberal” values whenever it’s convenient). From that point on the agenda has been global domination and the slow, suffocating subversion of anyone who gets in the way.