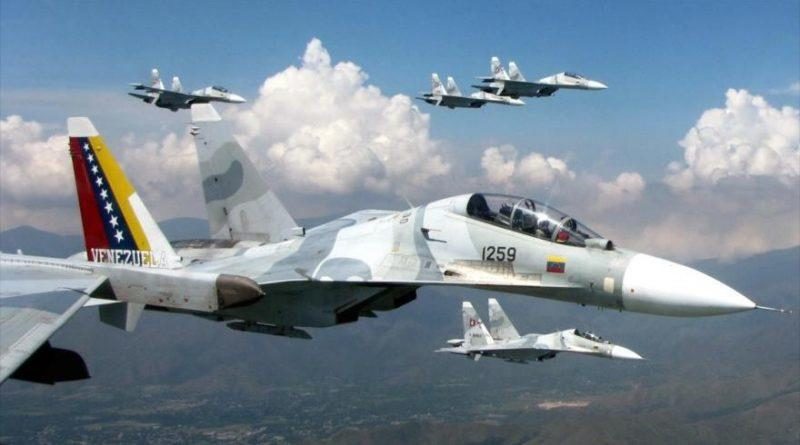 News Security and Defense
May 23, 2020May 23, 2020 orinocotribune Iran, Naval Blockade, US Imperialism, us military aggression, US Sanctions, Venezuela

“We’ve got it [Venezuela] surrounded, it’s surrounded at a level that nobody even knows but they know. We are watching to see what happens,” he warned during a conference call with Hispanic leaders.

The president’s remarks come amid escalating tensions over Iranian fuel shipments to Venezuela.

Five Iranian tankers are en route to the South American country carrying at least US $45.5 million in gasoline and other products. According to maritime tracking data, the closest vessel, Fortune, is currently three days from port.

Last month, Trump ordered the mobilization of US naval assets to the Caribbean in an “anti-drug” operation targeting Venezuela described as one of the largest military deployments in the region since the 1989 invasion of Panama. The US leader had previously threatened Venezuela with a naval blockade.

Caracas and Tehran have rejected US threats against the tankers, which are estimated to contain enough fuel to supply Venezuela for around 50 days.

Venezuela is currently suffering widespread gasoline shortages, with domestic production hamstrung by US sanctions prohibiting the import of vital diluents and spare parts needed to reactivate the country’s refining capacity.

Since 2017, the Trump administration has targeted Venezuela with crushing economic sanctions, including an oil embargo blocking fuel exports to the Caribbean country as well as a blanket ban on dealings with Venezuelan state entities.

In recent months, the US Treasury Department has imposed secondary sanctions on two affiliates of Russian energy giant Rosneft, which had been carrying up to 60 percent of Venezuela’s crude output in addition to supplying diesel and gasoline.

Following the departure of Rosneft, Tehran has stepped in to provide fuel as well as technical assistance in repairing Venezuela’s largest refinery, which has been offline since last year’s nationwide blackouts. The Trump administration has likewise threatened Iran over its technical air corridor to Venezuela, calling on other countries to suspend Iranian overflight rights.