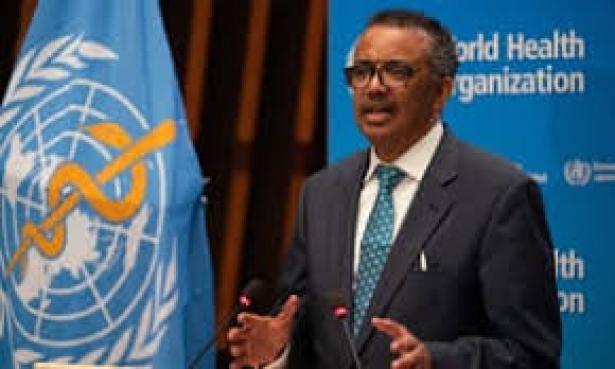 Member states have backed a resolution strongly supportive of the World Health Organization, after Donald Trump issued a fresh broadside against the UN body, giving it 30 days to make unspecified reforms or lose out on US funding.

A resolution that backed the WHO’s leadership and said there needed to be an investigation into the global response to the coronavirus pandemic won endorsement at the WHO’s annual ministerial meeting on Tuesday.

The US president launched his attack late on Monday, sending a lengthy letter outlining America’s belief that the WHO had not been sufficiently independent of China, and had been too willing to accept its explanations for the origins of the coronavirus outbreak.

As the pandemic worsens in the US, and other countries begin a tentative recovery, Trump has sought to blame China and the WHO. The letter accused the WHO of making repeated mistakes, meaning thousands of lives had been lost, and America’s interests not served.

“If the WHO does not commit to major substantive improvements within the next 30 days, I will make my temporary freeze of United States funding to the WHO permanent and reconsider our membership,” Trump told its chief, Tedros Adhanom Ghebreyesus.

His attack was timed to coincide with the start of the two-day World Health Assembly, which on Tuesday finally backed a draft resolution that supported a WHO-established independent and impartial inquiry into the WHO’s conduct over the coronavirus.

The resolution, supported by China’s president, Xi Jinping, on Monday and largely drafted by the European Union, stops short of the kind of international inquiry focused on China’s conduct that was first canvassed by Australia and the US. The Chinese foreign ministry claimed the resolution was completely different from the politically motivated inquiry sought by Australia.

Some claims in Trump’s letter were false, for example that Taiwan had warned about human-to-human transmission of the disease on 31 December. On that date, Taiwan sent a letter to the WHO noting the reported spate of unexplained pneumonia cases in Wuhan, China, and that the patients were in isolation, and asking for further details.

China described Trump’s letter as slanderous and health experts said Trump’s criticisms of the WHO could only be effectively addressed by giving the WHO new powers over the health policies of nation states, something Trump would resist if they were applied to the US.

The WHO leadership itself made no initial response to the Trump letter, but the resolution that passed on Tuesday affirms the WHO’s central role leading on global health. A subsidiary US attempt to change the resolution’s wording on universal access to vaccines has met resistance from African nations. The US wished to include language on incentivising innovation that would give companies guarantees about profits from vaccines.

The medical journal the Lancet, which was incorrectly mentioned in Trump’s letter as having published a report on the virus in late 2019, issued a statement setting the record straight on Tuesday.

“This statement is factually incorrect,” the Lancet said. “The Lancet published no report in December 2019, referring to a virus or outbreak in Wuhan or anywhere else in China … The allegations levelled against the WHO in President Trump’s letter are serious and damaging to efforts to strengthen international cooperation to control this pandemic. It is essential that any review of the global response is based on a factually accurate account of what took place in December and January.”

EU diplomats, aware that the WHO has become a stage prop in Trump’s re-election campaign, have been focusing on trying to minimise the US-China clash at the assembly, and still hope the compromise resolution can minimise the damage, and possibly pave the way for Trump to delay a final break from the WHO.

In Brussels, the EU threw its weight behind the WHO, urging all countries to support it in the wake of Trump’s continued attacks. “This is the time for solidarity,” said the European commission’s spokeswoman Virginie Battu-Henriksson. “It is not the time for finger-pointing or undermining multilateral cooperation.

Welcoming what had been a victory for EU diplomacy, the bloc’s foreign affairs chief, Josep Borrell, pointedly distanced himself from Trump’s criticisms, saying: “The resolution underlines the importance of responding to this crisis through solidarity and multilateral cooperation under the umbrella of the United Nations. We commend the WHO for its leading role in guiding the response to this crisis.”

He reiterated the EU’s call for vaccine research to be shared and said the WHO would hold a lessons learned inquiry.

The WHO regularly conducts reviews into its handling of major epidemics, so the real battle if the US stays in the UN body would be over issues such as the precise terms of reference and the identity of the inquiry chair.

The loss of US funding to the WHO would be a severe blow since the US contributed more than $400m to the WHO in 2019, or about 15% of its budget. WHO funding is in need of reform since the overstretched body is heavily dependent on one-off voluntary contributions from nations and philanthropists such as the Gates Foundation. Many European states share the desire to reform the WHO, but find Trump’s threats counterproductive since they only entrench Chinese influence with Africa, and make the reform cause harder.

Overall, China seemed content with the WHA’s direction, sensing that the US tactics had left Trump increasingly isolated.

China’s foreign ministry spokesman, Zhao Lijian, described Trump’s letter as slanderous. “The US leadership’s open letter is … trying to mislead the public … to achieve the goal of smearing and slandering China’s efforts in epidemic prevention and to shift responsibility in its own incompetence in handling the epidemic,” Zhao said.

The US decided not to resist the resolution, but put out a statement disassociating itself from a section in the resolution that favoured equal access to the intellectual property of any coronavirus medicines, such as a vaccine.

At the White House Trump refused to back down, insisting the WHO will “have to clean up their act, they have to do a better job. They have to be much more fair to other countries, including the United States or we’re not going to be involved with them and we’ll do it in a separate way.”