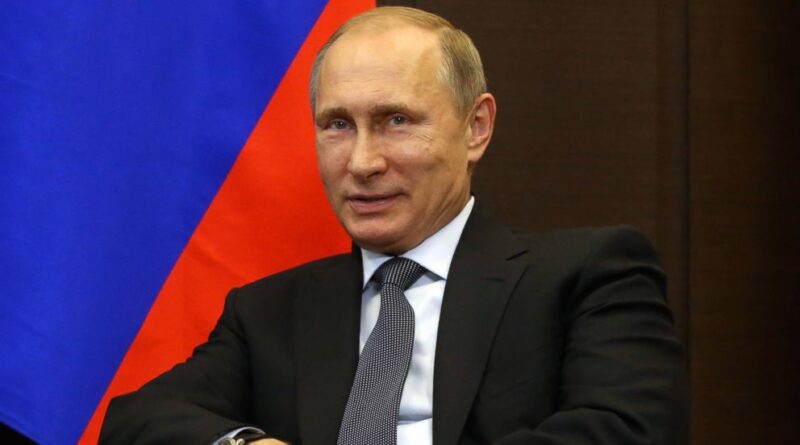 Mainstream media and social media platforms are actively blacking out an October surprise published by The New York Post which purports to show “smoking gun” emails from the laptop of Hunter Biden, son of Democratic nominee Joe Biden.

Both Twitter and Facebook have censored the story on their platforms, the first time we’ve seen the powerful social media giants deplatform a mainstream news media article, both citing concerns about the origins of the emails and an uncertainty about the veracity of the claims.

“Facebook was limiting distribution of the story while its outside fact-checkers reviewed the story’s claims, spokesman Andy Stone said,” reports NPR, adding that “Twitter said it decided to block the story because it couldn’t be sure about the origins of the emails.”

Twitter claims it found the emails to be in violation of its policies banning content which contained private information and its rules against “hacked materials”, both of which would have forbidden all articles sharing the contents of the 2016 WikiLeaks drops if those rules had existed back then. As I warned could happen back in August, these rules have set the stage for the cross-platform censorship of a 2020 October surprise.

Perhaps the richest about-face comes from @jonathanchait. The same guy who suggested, with a straight face, that Trump has been a Russian asset since the 1980s & endlessly pushed the Steele dossier is worried that the Post’s story is a Russian hack. True #HypocrisyHOF material. pic.twitter.com/n8fzHp0631

There’s a good thread going around Twitter compiling posts that mainstream media reporters have been making in objection to the circulation of Hunter Biden’s emails alongside posts made by those same reporters promoting far more ridiculous and insubstantial allegations, like MSNBC’s virulent Russia conspiracy theorist Kyle Griffin saying nobody should link to the New York Post report because if they do they’ll be “amplifying disinformation”.

A new Reason article discusses how the mass media are not just avoiding the story but actively discouraging it:

“On Wednesday, The New York Post published an attention-catching original report: “Smoking-gun email reveals how Hunter Biden introduced Ukrainian businessman to VP dad.” In the previously unreleased email, which was allegedly sent on April 17, 2015, an executive with Burisma, the Ukrainian natural gas company, thanks Hunter Biden for “giving an opportunity” to meet Joe Biden, according to The NY Post.

It’s a story that merits the attention of other journalists, political operatives, national security experts, and also the public at large—not least of all because there are serious questions about its accuracy, reliability, and sourcing. And yet many in the media are choosing not just to ignore the story, but to actively encourage others to suppress any discussion of it.

Indeed a scroll through today’s mainstream news reporting does appear to show some consensus among most news media that the topic of the emails should be avoided, with most MSM articles on the matter covering the after-effects of the New York Post release or explaining why readers should be dubious about its contents. A new Washington Post article titled “Hunter Biden’s alleged laptop: an explainer” takes great pains to outline how important it is to be very, very certain that this story is everything it purports to be before investing any credulity in it.

“How do we know the email is authentic? We do not,” WaPo tells us. “The New York Post posted PDF print-outs of several emails allegedly from the laptop, but for the ‘smoking gun’ email, it shows only a photo made the day before the story was posted, according to Thomas Rid, author of Active Measures, a book on disinformation. ‘There is no header information, no metadata.’ The Washington Post has been unable to independently verify or authenticate these emails, as requests to make the laptop hard drive available for inspection have not been granted.”

This would be the same Washington Post that has been circulating disinformation about Russia for years due to its disinterest in verifying information before reporting, and has alongside the rest of the mass media been promoting the narrative that Russia interfered in the 2016 US election based solely on unproven assertions promoted by government agencies despite many gaping plot holes in that narrative. Where was the journalistic concern for seeing the data and inspecting the hard drives then?

For the media to now say that they can’t cover a story because it’s not totally substantiated is quite rich after 4 years of taking anonymous gossip as the gospel.

In and of itself there is no problem at all with mainstream news media applying high evidentiary standards to its reporting and making sure readers are aware when political manipulators could be pulling the wool over their eyes. In and of itself this would be a good thing. The problem is that all this emphasis on verification and truth only comes up when it is politically convenient for these plutocratic media outlets, because only favoring truth when it’s convenient is the same as lying constantly.

Where were these high evidentiary standards when The Guardian reported without evidence and against all common sense that WikiLeaks founder Julian Assange had been having secret meetings with Trump lackey Paul Manafort? That evidence never came out, because the story was ridiculous bullshit from the beginning, yet mass media outlets everywhere parroted it to their audiences like itwas a fact. You can still post that bogus Guardian story on Twitter and Facebook to this very day without so much as a warning.

Where were these high evidentiary standards when Politico published the idiotic, nonsensical storythat Iran was plotting to assassinate the American ambassador to South Africa? The report sparked many news reports and Twitter threats from the president, but when it was dismissed by the South African government itself there was barely a whisper about it. You are still free to share this bogus Politico article anywhere online you like.

Where were these high evidentiary standards when leaks by anonymous spooks dominated headlines for days with their evidence-free allegation that the Russian government had been paying Taliban-linked fighters bounties on western occupying forces? We now know that story was completely baseless and would have been dismissed by news reporters who were actually doing their due diligence, yet it’s still being cited as fact on Twitter by sitting US senators and in a recent vice presidential debate by Kamala Harris. If news reporters had spent anywhere near as much energy cautioning their audiences to be skeptical about this story and educating them about its plot holes as they’re spending on Hunter Biden’s emails, this would not be happening.

"No one has done more for our military" is the least believable thing Donald Trump can say when he's gone 110 days without speaking out about reported bounties on our troops.

The problem is not that there are high evidentiary standards for Hunter Biden’s emails, the problem is that there are virtually no evidentiary standards when the plutocratic media want to sell the world on a narrative which benefits the establishment upon which the media-owning class has built its kingdom. News reports will be waved through on a vague assertion by some anonymous government operative if they are damaging to Russia, Iran, China, North Korea, Syria or any other US-targeted nation, and they are on a pretty much daily basis to greater or lesser degrees.

If a news report facilitates the national security state, all journalistic protocol goes out the window and nobody knows the meaning of the word evidence. As soon as a report becomes inconvenient for a friend of the national security state like Joe Biden, suddenly strict evidentiary standards and warnings against potential disinformation are of paramount importance. This is the same as lying all the time.

They lie because the mass media within the US-centralized empire are the propaganda engine for that empire. The drivers of empire understand that whoever controls the narrative controls the world, so they ensure that all points of narrative influence are tightly controlled by them.

A world where all news stories are held to the same evidentiary standards as Hunter Biden’s emails are currently being held would be a world without empire. People would never consent to the insanity of imperialism and endless war if their consent wasn’t manufactured, and depriving them of the information that is inconvenient for that empire is essential in that manufacturing.