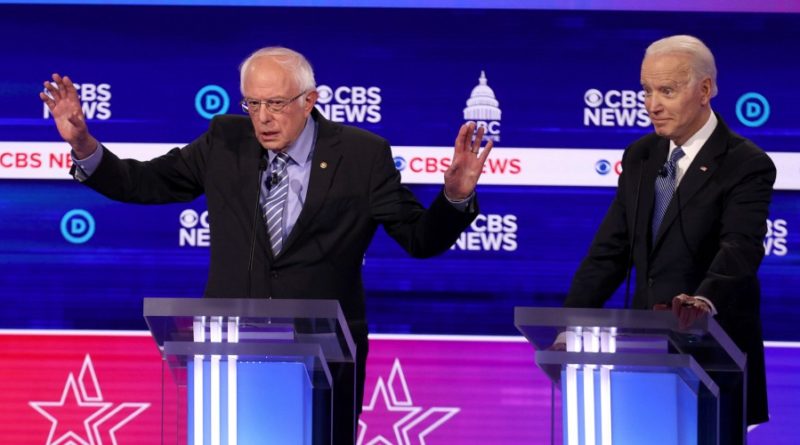 “Nobody on the debate stage except Bernie has the guts to say the truth about the legacy of U.S. foreign policy.”

Facing a barrage of attacks from his Democratic rivals and hawkish questions from moderators, Sen. Bernie Sanders said during the presidential primary debate in South Carolina Tuesday night that political leaders must face up to America’s long record of toppling democratically elected governments overseas.

“Excuse me, occasionally it might be a good idea to be honest about American foreign policy,” Sanders, the Democratic frontrunner, said as Pete Buttigieg and former Vice President Joe Biden attempted to slime the senator over his comments on Cuba’s education and healthcare systems and falsely accuse him of being sympathetic to authoritarianism.

“That includes,” Sanders continued, “the fact that America has overthrown governments all over the world in Chile, in Guatemala, in Iran.”

"Occasionally it might be good idea to be honest about American foreign policy, and that includes the fact that America has overthrown governments all over the world in Chile and Guatemala in Iran." @BernieSanders #DemDebate pic.twitter.com/EJR8kGUfXg

While pundits were not pleased with Sanders’ remarks, progressives applauded the senator’s willingness to speak candidly about the United States’ sordid record overseas.

“A golden rule of Beltway orthodoxy is that candidates should never criticize U.S. foreign policy even when the criticisms are both factual and correct,” tweeted Jacobin staff writer Luke Savage in response to CNN commentator David Axelrod’s criticism of the senator’s comments. “One of Bernie’s strengths is his unwillingness to concede to this sort of elite taboo.”

“Nobody on the debate stage except Bernie has the guts to say the truth about the legacy of U.S. foreign policy,” added Nikhil Goyal, a PhD candidate at Cambridge University.

Others echoed Savage and Goyal:

Thank you Bernie. I so appreciate your honesty about the fact that US foreign policy has wreaked havoc in so many places around the world for so long, including #Iran.

Bernie just gave the most honest assessment of American foreign policy that’s been heard on a presidential debate stage in more than a decade — possibly ever. #DemDebate

“Guatemala, Iran, the Philippines, Nicaragua, Honduras, Chile, Grenada, Panama, Iraq, and many, many others would like a word,” Beavers added.