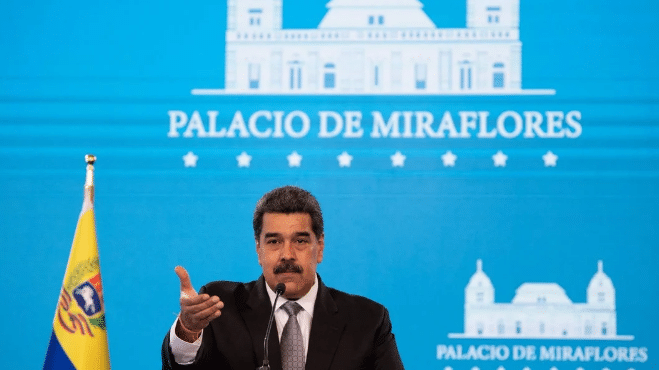 This Wednesday, February 17, the President of Venezuela, Nicolás Maduro, questioned the accusations that his Colombian counterpart Iván Duque made about the presence of guerrillas in Venezuela, and warned that any threat against Venezuelan sovereignty will be answered forcefully.

“Our country is a country of peace, but it is a people of warriors too. So Duque, do not make a mistake with Venezuela,” said Maduro, urging the Bolivarian National Armed Forces (FANB) to be prepared to respond firmly to any armed aggression from Colombia.

“I instructed the FANB to answer forcefully to Iván Duque’s reckless statements about Venezuela, and to clean the dust off our cannons, to respond also on the level that we must… if Duque dares to violate the sovereignty of Venezuela,” said Maduro.

Regarding the accusations of the Colombian president, Maduro commented that “nobody believes them,” and recalled that Colombia has lived through an internal war that dates back 70 years, leaving behind a failed state that doesn’t have Colombian authorities properly monitoring its borders.

“They’re the ones who have handed over control of the borders of their country to paramilitary mafias and drug traffickers,” said Maduro. He urged Colombian authorities to occupy these territories where “human rights defenders and ex-combatants of the FARC” are being massacred on a regular basis.