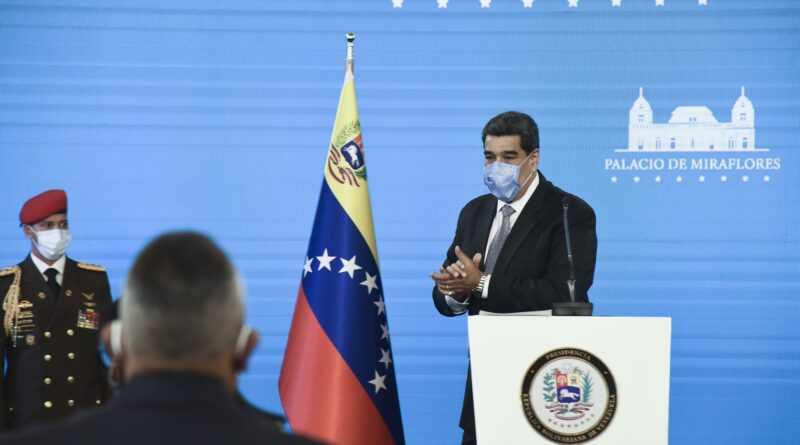 On Wednesday, February 17, President Nicolás Maduro of Venezuela attended the first press conference with international news outlets in 2021. He announced that on Thursday, February 18, the vaccination plan for Venezuelan health care personnel with Sputnik V would begin.

The first 100,000 doses of the Russian vaccine arrived in Venezuela a few days ago and a plan was immediately launched to ensure its distribution throughout all Venezuelan territory. In December of last year, the Venezuelan government agreed to purchase 10 million vaccines from Russia, amounting to an investment of $200 million.

The Venezuelan president indicated that officials who are carrying out tasks in the streets will also be included in this first phase of mass immunization against COVID-19, which will be deployed under the house-to-house system.

“I always said it would be for April,” Nicolás Maduro stressed about vaccinating Venezuelans. He noted that there have been obstacles in the acquisition of inputs that are not limited to the speed of production, but also due to the “monopolization and hoarding” of vaccines by the United States, Canada and European countries.

When asked if he will receive the Sputnik V immunization himself, he replied that he will, when the time is right. “Due to its scientific strength, the Sputnik V vaccine is the most advanced and safest in the world, I have no doubt,” he said.

Through the Pan American Health Organization (PAHO), a regional agency of the World Health Organization (WHO) and with the participation of a sector of the Venezuelan opposition, Maduro stated that, “the release of 300 million dollars worth of gold seized from the Bank of England is being negotiated to buy 15 million more vaccines on the international market.” The agreement signed with Russia was for 10 million vaccines.

At the press conference, he was asked if he would be willing to work with private companies to bring vaccines to Venezuela. “We have not thought about it. I do not dislike the idea of a private market for vaccines. We would have to discuss it with the authorities,” he replied. He asked the executive vice president, Delcy Rodríguez, to study that possibility, noting that “in the middle of the battle against sanctions, it would not be a bad idea.”

The Chinese vaccine, awaiting Venezuelan certification, and the Cuban vaccines that the government of Havana is developing, are also part of the cards that Venezuela is shuffling within the framework of the fight against the pandemic.