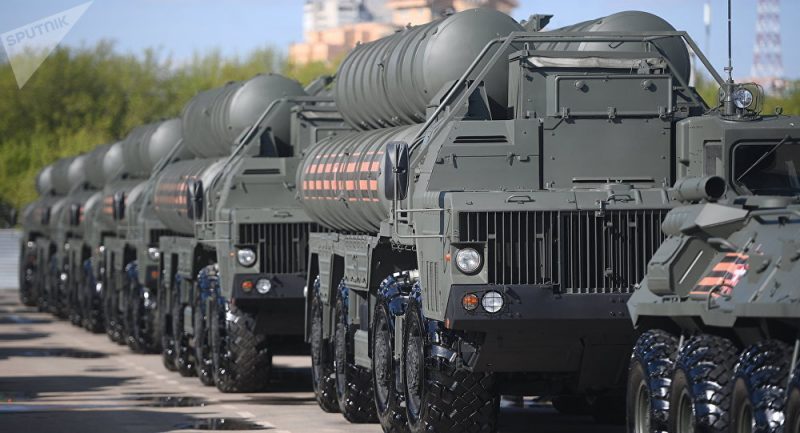 The United States has been trying to convince India to abandon a S-400 deal with Russia following its attempts to pressure Turkey into ditching a similar agreement in the face of US penalties.

India’s Foreign Ministry spokesperson said during a Thursday briefing that New Delhi would go ahead with the purchase of Russia-made S-400 air defense systems despite the threat of US sanctions.

“I really cannot share how are we going to tackle the whole issue. We already have contract which has been signed and you already know that steps are being undertaken to implement the contract. We are engaged and we have engaged with the US administration as well as the US Congress on the issue of CAATSA”, the spokesperson said.

The official was referring to the Countering America’s Adversaries Through Sanctions Act, a 2017 law that gives Washington the right to impose economic restrictions on any state if it decides to acquire military equipment from Russia.

The spokesperson said that “defense cooperation between India and the US is an important component of our strategic partnership”, just like with Russia.

The comments come less than a week after India’s NDTV cited an unnamed senior US State Department official as claiming that New Delhi’s decision to buy Russian S-400s could undermine the country’s future defense cooperation with Washington.

The insider stressed that exemptions from sanctions under CAATSA are not automatically granted, but rather reviewed individually for each case, therefore India is not fully protected from falling under them.

India and Russia inked a $5.43 billion deal for S-400 air defense missile systems last October, with the first batch set to be delivered in October 2020. The remaining four will join the Indian Air Force by 2023. The United States warned at the time that in line with CAATSA, sanctions could not be ruled out.

“In the case of S-400 we have explained ourselves well. That has been heard and understood. They have appreciated the point of view put forward”, she told AFP.

Her statement came after US Assistant Secretary of Defence for Indo-Pacific Security Affairs Randall Schriver told a hearing in March that Washington wanted to “work through” the issue raised by India’s S-400 deal with Russia.

The US was “very keen to see [India] make an alternative choice [to the S-400] and we are working with them to provide potential alternatives”, he said back then.

Aside from India, the US has tried to convince Turkey to abandon the S-400 deal with Moscow, threatening to introduce sanctions and kick Ankara out of the F-35 fighter jet programe. Ankara, for its part, has consistently stressed that it would not bow down to US threats and reaffirmed its commitment to the deal.