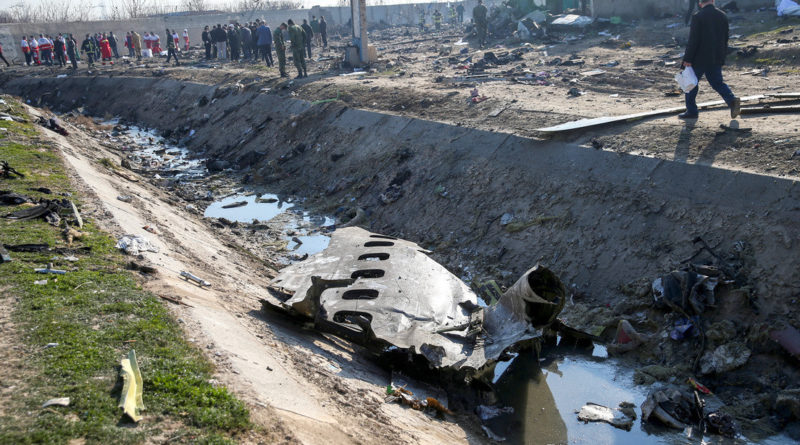 Recently, Trump said he had “suspicions” about what happened to the aircraft.

The head of the Civil Aviation Organization of Iran, Ali Abedzadeh, described as “illogical rumors” the versions that several US media and officials have given about the alleged shoot down with missiles, of the Ukrainian Boeing, which crashed on the outskirts of Tehran this week, leaving 176 dead travellers on board.

“Scientifically, it is impossible for a missile to hit the Ukrainian plane, and such rumors are illogical,” said Abedzadeh, quoted by ISNA.

The official said that at the same time that the Ukrainian Boeing was leaving, dozens of Iranian and foreign planes were flying over Iranian airspace. “If a country is not safe, there may not be a large number of flights in progress over its air space,” he said.

This response comes after US media published reports, referring to statements by officials of that country, that the Ukrainian plane was probably accidentally shot down by Iranian air defense.

The versions emerge after the Iranian Revolutionary Guard attacked two Iraqi bases, housing US troops, with missiles as an act of self-defense in response to the assassination of Iranian General Qassem Soleimani at the hands of the Pentagon last week.

Trump’s “suspicions”
Recently, US President Donald Trump said he has “suspicions” about the crash of the Ukrainian Boeing in Iran.

The National Security and Defense Council of Ukraine set out a similar version, which indicated that among the possible causes of the plane crash is a missile attack.

Although, that organization also contemplates the hypotheses of a terrorist attack or engine explosion due to a technical failure of the aircraft.

So far, the hypothesis of the Civil Aviation Organization of Iran is that the plane caught fire in the air before crashing.

Abedzadeh said that the causes will be known after analyzing the information contained in the black boxes that, he said, they will decipher with the help of the countries manufacturing engines for Boeing.

Featured image: Remains of the Ukrainian Boeing that crashed on the outskirts of Tehran, January 8, 2020. Nazanin Tabatabaee / Reuters