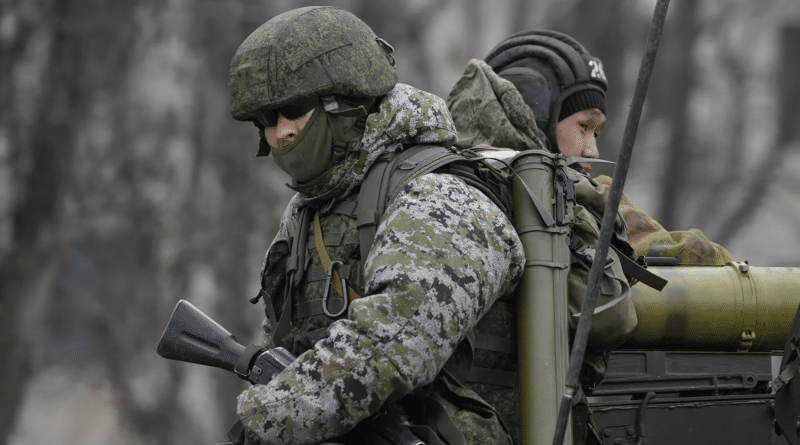 Since the beginning of the special Russian military operation in Ukraine, the Western mainstream media have not stopped making statements about a supposed stagnation in the Russian Army offensive. Such statements have been made by people who appear to have no knowledge of military tactics and logistics and could not be further from the truth.

In an interview for the website Investig’Action, former NATO colonel and French military expert Jacques Baud explained why the Russian military avoids direct offensive within cities. “What we need to understand is that the Russian military have a strategy of avoiding big cities,” he said. “Those who have studied World War II history should know about big battles. The Russians avoid combat in city streets, not for fear of resistance, but because it doesn’t make sense and it’s a waste of time. They move where they can operate without resistance.”

Baud also explained that it cannot be said that the Russian military advance has been slow. “They move very quickly,” he commented, referring to the Russian Army units in Ukraine. “I have never seen such rapid progress in history. In four days they occupied a territory that is equivalent to that of the United Kingdom. We must remember that Ukraine is a very large country.” Ukraine has the largest area in Europe.

Baud also commented on the cities that have been surrounded by the Russian Army, such as Kharkov and Mariupol. Baud stressed that these cities are not under the control of the Ukrainian military, but that of “total extremist scoundrels, such as the militants of the Azov Battalion.”

“They [the Azov Battalion] are responsible for the massacres of civilians in Mariupol in 2014, and they have committed atrocities throughout Donbas and other southeastern regions of Ukraine,” the ex-colonel added. “But no one talks about this! In Mariupol and Kharkov, Nazi units, such as the Azov Battalion have committed unthinkable atrocities. They do things so horrible that we can’t even imagine. There is some very vivid evidence of these atrocities, which I can’t show here. They are beasts.”

What does an Iraq War veteran say?
Military expert and former US Marine Chris “Cappy” shared his insights regarding Russia’s special military operation on his YouTube channel Task and Purpose, explaining why it cannot be said that the Russian advance has been stalled or that its progress is too slow.

“Based on a math of the logistics,” considered Cappy, “I don’t think the Russian advance is any slower than you would expect. Remember, for every soldier fighting there are four more in the logistics sector helping to support the advance. Doing more than 70 km a day many tanks will run out of fuel.”

“Everyone says that it is taking too long for the Russians to control Kiev,” Cappy added. “However, there is one thing that many forget. It took the Americans three whole weeks to overthrow Baghdad, which was a journey of about 500 kilometers. Honestly, I’m not surprised if it takes Russia more than a few days to position themselves where they need to be to take control of the main cities of the country.”

On the next day, the Russians advanced another 100 kilometers and were already on the outskirts of Kiev. Cappy rejected claims that Russia was losing because it had not yet taken control of Kiev.

“The reality that I see through the eyes of a soldier who understands logistics is that an armored column advancing more than 50 kilometers in a day is incredibly fast,” said Cappy.

He also noted that Russian forces deliberately avoid urban centers and tend to surround cities. Regarding those days when there are no significant advances, he believes that they could be “tactical pauses” to resupply the military at the front.

In the book War the Russian Way, Lester W. Grau, US expert on Russian military tactics, explained that Russian military logistic strategy foresees the establishment of refueling points along its advance route. Russian tanks have to make a stop in the second half of a 12-hour shift to refuel.

“I think this explains the periodic slowdowns along the convoy route,” said Cappy. “So the media that says the convoy is moving slower than expected simply have no idea about convoy operations of this size and never had a clue of how to coordinate something on such a scale.”

According to publicly available data, the maximum range of advance of a material support battalion is about 80 kilometers a day. One only needs to have a look at the movement maps to realize that the Russian units are operating at the top of their fuel and equipment limits.

In Russian military doctrine, assault squads approach their next target and after this designate a safe distance to the edge of the enemy’s defenses. To someone unfamiliar with the subject, it might seem that the Russian troops have come to a halt, but what is actually happening is that a frontline operational base is being set up before undertaking new large-scale operations.

Michael Kaufmann, a military expert consultant of the think-tank Naval Analysis Center, says that the Russian military was evaluating Ukrainian resistance in the first days of its operation, in order to plan the placement of reinforcement units, and to consider in what direction combat would take place and decide where to place its forces.

Are Russian troops withdrawing? A World War II tactic
There is much talk in the media about supposed failures of the Russian Army, as it has withdrawn on multiple occasions after counterattacks by the Ukrainian military. However, both Cappy and military and political analyst Yuri Podoliaka have stressed on multiple occasions that this is part of a tactic the Red Army used successfully during World War II.

Before sending their main forces to each town or city, the Russian military first sends some light units whose main function is to assess the actual resistance force in each specific town. Once this is done, they withdraw and, based on the information obtained, decisions are made in regard to the actions to be taken.

If the resistance is weak, the army assumes control of the town. On the other hand, if the resistance exceeds a certain level, the army units surround the city and move forward to achieve their strategic objectives without wasting time. Meanwhile, part of the Russian forces remain surrounding the city and hence cutting off the Ukrainian military’s access to supplies, such as fuel or ammunition.

This is a time-tested tactic which allows the army to move at high speed without getting stuck in towns that have no strategic importance. At the same time, it minimizes losses—both military and civilians—since this drastically reduces the number of urban combats.

The conflict in Ukraine and its coverage by the mainstream Western media serves as a reminder that events on such a scale must be evaluated by experts on the matter. This means that issues such as military tactics and strategy, as well as combat logistics, must be evaluated by experts in the field. This is the only way to obtain a more realistic point of view of what is happening on the ground.