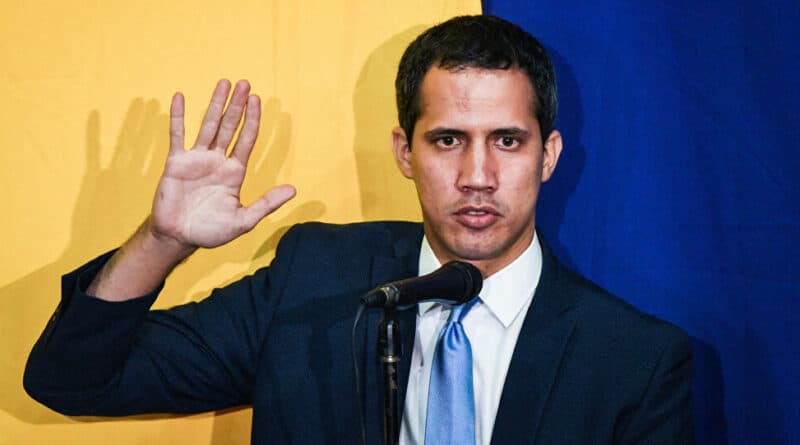 Juan Guaidó seems close to his end. The pardons of 110 opposition leaders and operators by the President of Venezuela, Nicolás Maduro, further fragmented the opposition ahead of the December 6 elections. The leader Henrique Capriles has already announced that he will be joining the race. More than just an election is at stake.

2020 has been for Juan Guaidó the year of his maximum illusionist trick and that of his fall which already seems unstoppable. The illusion happened on February 5 when he stood on the Capitol in Washington DC and was applauded by Donald Trump, Nancy Pelosi and everyone present. There it seemed that he was what he never was: president in charge of Venezuela.

The fall of the illusion is happening at the moment, and displacing it is the former Venezuelan leader Henrique Capriles Radonski, who after a time of media silence returned to occupy the center of the scene and of the speculations.

It seemed inevitable that the Guaidó invention would end by shutting itself down. His political history, since his recognition in January 2019 by Trump , is a succession of mistakes and incapacities. The last episode on the list was the so-called Operation Gideon, in April of this year, with the unsuccessful landing of mercenaries on the coast of the country.

His progressive decline had been happening without much impact. His inability to propose something new – or even repeat something old – was covered by the almost weekly sanctions announced by the United States within the framework of an ironclad blockade, chasing ships and shipping companies so that they would not trade oil with Venezuela.

But something happened that in recent years has systematically put the opposition in crisis: the arrival of elections. And the next legislative contest on December 6 may reconfigure not only the map of the opposition, as it is actually happening, but the type of conflict that will prevail from now on.

This proximity to the elections had been creating a series of divisions within the opposition that became more acute as a result of the key decision taken by President Nicolás Maduro: the pardon of 110 opposition politicians, a fact that ended up breaking what was already bankrupt.

The key card
The announcement of the pardons had an immediate impact on the opposition: contradictory statements, mutual accusations. Thus, for example, while some were released from detention centers and claimed that this was the right thing to do, others, usually outside the country or in embassies, rejected the measure.

“A reaction that attracted a lot of attention is that the beneficiaries of the measure rejected the pardon: the pardon, and the consequences, which in many cases were the freedom of the person,” Víctor Hugo Majano, director of the website La Tabla, analyses.

One of the cases was that of Roberto Marrero, detained since March 23, 2019, who at the time of his arrest was one of the people closest to Guaidó: “it would seem that there was no contact with him that guaranteed him any support from his party, he very openly rejected that debate saying that the pardon should not be accepted,” said Majano.

The pardon was met by reactions which showed the degree of opposition fragmentation. Instead, the one who celebrated and took center stage was Capriles: “Today, through my personal efforts, we feel satisfied with the freedom of 110 political prisoners. My only interest is to defend Venezuelans and achieve the freedom of Venezuela,” he claimed.

Thus, the former presidential candidate against Hugo Chávez and later Nicolás Maduro, positioned himself as a central figure on the part of the opposition: “He returns in triumph, he ended up claiming the pardon, which is also massive and benefits people who were deprived of liberty and people who were fugitive inside or outside the country,” analyzes Majano.

The director of La Tabla also points out that the pardon covers heterogeneous politicians and leaders, from “sectors close to Oscar Pérez” —who had attempted several armed actions—,” deputies who were seen to be abandoned,” neighborhood leaders, to “factors of the more traditional bourgeoisie, like Arnoldo Gabaldón Berti.”

This heterogeneity “creates a very large difference between Capriles and the formal opposition leadership, which has moved away from other components that were not very close to them in proper party terms.”

Indeed, one of the many mistakes made by Guaidó and the circle that surrounds him was to close off the game and hoard politics and economic resources.

Elections in Venezuela
The debate that the opposition is going through is the next legislative electoral contest. The pardons, announced by the government as part of an effort at “national reconciliation,” largely point to building a scenario where the greatest number of political factors participate.

“The government has openly declared that it gave it as a mechanism to facilitate the electoral participation of people who are also possibly deprived of liberty, with legal limitations to be nominated, because there are additional sanctions that could have prevented them from participating.”

The pardon lifts the limitations, “so that if some of these people were affected by situations of criminal sanctions, they could freely register as candidates”, Majano analyzes.

There is also no automatism between pardon and candidacy. One of those pardoned, Nicmer Evans, stated, for example, upon being released that his decision is not to run. But other actors, without yet having defined whether to participate or not, “needed an element of greater confidence and that is what is being offered to them.”

The pardons were then an element that accelerated a reconfiguration of the opposition map, which was already fragmented into three large spaces. On the one hand, those who already announced their participation in the elections, and on the other hand, those who proposed to abstain, divided among themselves between those who still support Guaidó and those who have already publicly moved away from his abstention roadmap.

With this new situation, the Guaidó sector has been reduced, both in the number of actors and in their ability to dialogue with the government, and the block of those who will participate has been consolidated. “We are not going to leave the people without a choice,” Capriles said Wednesday the 2nd at night, stating that the opposition should be part of the legislative elections. Stalin González, leader of the Un Nuevo Tiempo party, also announced his partisan distancing by not sharing the option of abstention.

RELATED CONTENT: Alex Saab: “I was Tortured to Testify Against President Maduro and Sign my Voluntary Extradition to the US”

The deep break
The division of the Venezuelan right is deeper than a difference about December 6. It is, at this time, the possible consolidation of a heterogeneous bloc, without a common platform for now, that breaks with the command that directs Venezuelan politics from Washington.

The US State Department’s calls for the Venezuelan opposition to stay aligned behind Guaidó and not participate have not had the effect that it could have achieved months ago. For many factors, leaders, parties, there is already an exhaustion by a strategy that has not led to any victory and has subjected the country to an economic and political blockade.

That exhaustion also has a date like a guillotine: January 5, when new authorities assume the mandate of the National Assembly and end the term of Guaidó for those who still recognize him at the head of the legislature. “We cannot continue to play government on the internet,” Capriles said.

There is then the possibility of rearming the opposition political board on a map where centrality passes into the hands of those who bet on an electoral confrontation and greater political autonomy. The government’s pardons were a decisive move to accelerate this reconfiguration. That importance may explain why, according to Majano, such an important decision was made:

“Maduro fully assumes responsibility for what it means, he is putting his skin in it, and he will receive the benefit of having made that decision directly himself.”

This step was accompanied by another, with a view to the configuration of the December elections: the invitation, through a letter signed by Foreign Minister Jorge Arreaza, to the European Union and the United Nations to participate as electoral observers and companions. Josep Borrell, European Minister of Foreign Affairs, has already expressed his support for the pardons.

“The election will have, as it is written in the letter, an importance for “the normalization of institutional life,” something that seeks to be prevented by the US strategy that keeps, for now, its public support for Guaidó and threatens to apply new sanctions on the already blocked and battered economy. ”

How long will support for Guaidó continue? It is a question that, to be answered with greater certainty, must await the results of the US presidential elections on November 3. What is certain is that Guaidó did not do what he had to do, and there must be other plans in view of his failures. But the mistake, more than to the deputy, belongs to those who designed the strategy, that is, Washington, who again made a miscalculation in the Venezuela case.