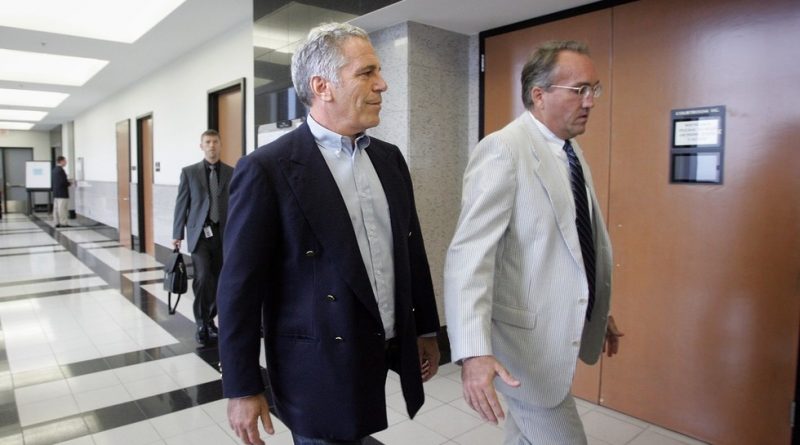 The death of disgraced financier, pedophile and alleged blackmailer Jeffrey Epstein came just a day after more court documents were unsealed, leading to speculation he may have been “suicided” to stop his case from going to trial.

On Saturday morning, I was discussing Jeffrey Epstein with a friend. “He’ll be bumped off and found dead in his cell,” was my friend’s prediction. “It won’t come to court.”

A few hours later, I went on Twitter to see what was happening in the world and I saw #EpsteinMurder trending.

The whole thing was quite uncanny.

Let’s be honest: has there been a death of a high-profile prisoner whose expiration has been so unsurprising?

Anyone claiming this time last week that Epstein wouldn’t make it to trial because too many very rich and very important people would be dragged in would of course have been dismissed as a “conspiracy theorist.”

But this morning, it’s the “don’t be so stupid, of course he’ll make it to the courtroom” brigade who are looking rather silly – and you could also argue, quite naive.

If this means we get more open discussion on “conspiracy theories,” it can only be a good thing. Here’s why. When it comes to conspiracy theories, there are three types of people. There are well-paid, establishment gatekeepers who routinely use the CT term to gaslight people and close down legitimate debate. At the same time, these gatekeepers are themselves often the biggest pushers of conspiracy theories – but only when it comes to “official enemies.” Let’s not forget that the deadliest conspiracy theory of this century so far was the one suggesting that Iraq possessed WMDs in 2003. It was, by and large, peddled by those who routinely scoff at conspiracy theorists and label them “cranks.” The same people are also very quick to blame Russia for just about everything, regardless of the lack of hard evidence.

The second category are those who seem to believe everything – or at least almost everything – is a conspiracy. The Moon landings were faked. Elvis never died. Sandy Hook never happened. Every terrorist attack is a “false-flag.” I was once accused by someone at a public meeting of being a member of ‘Agenda 21.’ The fact that I didn’t know what she was on about was proof that I was really an ‘Agenda 21 agent.’

The third category – and this is where surely all sensible people are – accept that while not everything is a conspiracy, it’s actually quite daft to think conspiracies never occur, especially when people involved are very wealthy and very powerful and the stakes are extremely high.

Put another way, did you really think, deep down, given who he was, the people who he was associated with – and the nature of the allegations – that Epstein’s case would ever get to court? Be honest. I’d reckon about 90 percent, even though they might not publicly admit it, would entertain serious doubts.

RELATED CONTENT: Mega Group, Maxwells and Mossad: The Spy Story at the Heart of the Jeffrey Epstein Scandal

“I’m not a conspiracy theorist” is such a weird assertion when you think about it, the idea there’s a binary between believing all conspiracies and flat out rejecting the very concept of conspiracy in all circumstances

You really don’t have to be overly suspicious – or be a permanent tin-foil hat wearer to smell a rat in this one.

If, as was reported, Epstein did try to kill himself about three weeks ago, why was he taken off suicide watch just six days later? Who made that seemingly baffling decision? If he was still on suicide watch – and the source cited in the New York Times was wrong, why wasn’t his death prevented?

These are only a few of the many questions that need to be answered. What is particularly interesting is the kind of people demanding answers. It’s not just the “usual” suspects who are routinely labeled cranks by the gatekeepers. New York Mayor Bill de Blasio has called Epstein’s death “way too convenient.”

“How many other millionaires and billionaires were part of the illegal activities that he was engaged in?” he asked. Even the BBC website has as its heading of a news story today “Jeffrey Epstein: Questions raised over financier’s death.”

The FBI is investigating the case and who knows, we may get some answers. Perhaps Epstein did after all, kill himself – prisoners facing the prospect of 45 years in jail are quite likely to be depressed; moreover the sociopathic billionaire might even have relished evading justice and depriving his accusers of their days in court. But until more evidence of his suicide comes to light, (and we really do need to see some camera footage), it is reasonable to think that some other explanation is, on balance, more likely.

Taking that line doesn’t make you barmy – just someone who very sensibly breaks with the binary when it comes to “conspiracy theories.”