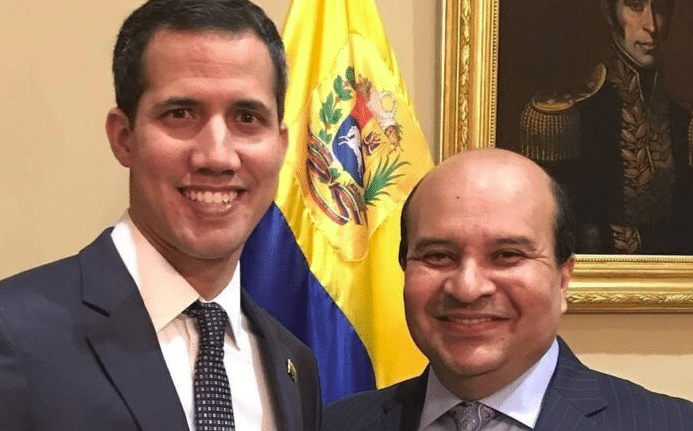 Jorge Rodríguez showed a video in which Roland Carreño speaks about the use of resources received from CITGO’s Simon Bolívar Foundation. “We have strong evidence of terrorist operations,” Rodríguez said.

“We have strong evidence of terrorist operations. The important thing about Roland Carreño’s confession is that it establishes very clearly that the funds used for the party’s activities come from the Simon Bolívar Foundation.”

This was stated this Friday October 30 by Jorge Rodríguez, former Minister of Communication and now PSUV candidate for the National Assembly. “The robberies of the extreme right have been used to invest in terrorism and sabotage, violence and to generate deaths. Some of them try to maintain a facade to continue the theft of millions of dollars that belong to the country. They all lie to each other and the main intention is to appropriate the assets of the Republic and finance mercenary camps for terrorist attacks and enrich themselves. All this is an operation to steal money,” he said.

The Chavista leader added that with the capture of Roland Carreño “it is evident how funds that belong to the people are used to plan attacks against revolutionary leaders and against the people of Venezuela.” In fact, Rodríguez showed a video in which Carreño talks about the management of resources.

He explained that the Simón Bolívar Foundation was created by former President Hugo Chávez to treat diseases referred to by doctors as “catastrophic.” In recent weeks the Venezuelan NGO Fundalatin denounced cases of Venezuelan kids at risk of death in Argentina due to the irregular aid they are receiving from this same foundation, that instead has spent millions of dollars to destabilize President Maduro’s government. Rodriguez mentioned that early this year the Venezuelan government received news of one of these kids actually dying.

In addition, he highlighted that a document was found in Carreño’s cell phone that describes the financial distribution of funds from this Foundation for different opposition parties.

“The millions of dollars that were stolen should have been used to save the lives of thousands of Venezuelans. We have the chat between Carreño and his operators that demonstrate acts of corruption,” he said. Rodriguez referred to the use of this money to buy a luxury spa in Caracas and to buy an SUV for Carreño’s partner.

According to Rodríguez, the evidence shows that “Carreño wanted to buy an SUV for his partner with the money stolen from CITGO. The plans are of different tenors but without a doubt everything has the purpose of destabilizing and generating violence in the country, all this is linked to the attack on the Amuay refinery,” he added in response to a journalist’s question regarding a possible connection between this case and Leopoldo López’s escape from the Spanish embassy.

He agreed that in the course of the investigation of López’s escape, Venezuelan law enforcement agencies connected different evidence pointing at Carreño. He also denounced that Leopoldo López has just “installed the true epicenter of the conspiracy in Spain… The entire radical opposition is committed to coup plans to destabilize the country. Entrepreneurs want to invest in Venezuela but they are victims of the criminal blockade of the United States.”