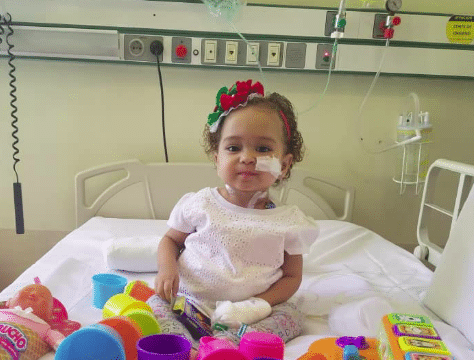 This Tuesday, the representative in Argentina of the Latin American Foundation for Human Rights and Social Development (Fundalatin), Virginia King, denounced the blockade of CITGO because it directly affects five Venezuelan children in Argentina with chronic diseases.

King highlighted that Fundalatin sent a letter to the president of Argentina, Alberto Fernández, to inform him about the irregular situation that some Venezuelan children are living, hospitalized in the Italian Hospital of Argentina, a former beneficiary of the Simón Bolívar Foundation, that was paying the medical bill for many Venezuelans.

However, the Simón Bolívar Foundation was financed by the Venezuelan subsidiary CITGO, and due to the sanctions of the United States against Venezuela, the agreement with the foundation was affected, not to mention that CITGO was seized by US-supported deputy Juan Guaidó.

RELATED CONTENT: Fundalatin Denounces Suspension of Treatments for Children with Organ Transplants Due to US Sanctions (Sanctions Kill)

Fundalatin calls on President Fernández’s humanitarian aid to be able to negotiate with the Simón Bolívar Foundation for the continuity of the agreement, so that the children can continue their treatment until they are discharged.

“We believe that the invocation of humanitarian aid between the Argentine government and Fundalatin will remain in good terms,” ​​King explained, since she considers that if President Fernández questions the handling of human rights in Venezuela, he can also do so in relation to the blockade against Venezuela that has resulted in the failure of the Simón Bolívar Foundation towards the children that they previously took care of.

“We invoke the historic brotherhood, fraternity and solidarity between Argentina and Venezuela. We were recipients of countless Argentines during their dictatorship,” she said in an interview with Venezolana de Televisión.

She also stressed that the right to life is invaluable. On the other hand, she stressed that the families of the children who are the subject of this entire campaign are under permanent stress, since the foundation dependent on CITGO submits some aid every three months, but are always afraid that their coverage won’t be renewed. They advocate for a more humane treatment according to the particulars of each case.

Recently, the president of Fundalatin María Eugenia Russián warned that 90% of children with chronic diseases in Venezuela are in danger of death due to the US blockade.

Fundalatin has sent several reports to the High Commissioner for Human Rights, Michelle Bachelet, stating that the majority of children suffering from chronic diseases do not receive proper protocols for their care.

Virginia King, for her part, pointed out that it is important for everyone to repudiate these acts that mainly affect children.