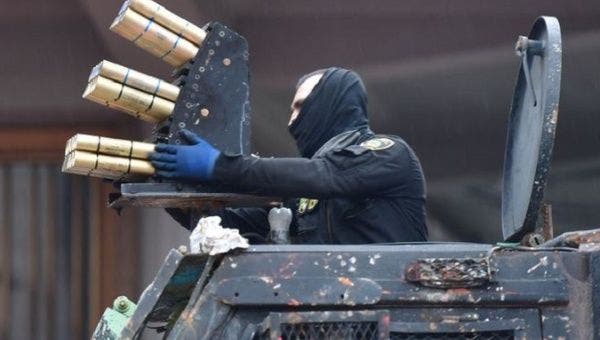 This order came in response to a protective action aimed at guaranteeing the fundamental rights of citizens who are victims of State terrorism in Colombia.

This order came in response to a protective action filed by Andres Niño and Carlos Amaya, who asked the judge to guarantee the fundamental rights of citizens who are victims of State terrorism in Colombia.

Cuetia also ordered Popayan Mayor Juan Lopez to monitor and guarantee that the Metropolitan Police does not make use of this electric launcher. The judicial prohibition, however, is temporary and the Venom may be used again when the Popayan Metropolitan Police and the ESMAD comply with some recommendations made by the judge.

Among these suggestions is the elaboration of a protocol for the correct use of the projectile launcher, which may not be fired from the ground but from a tripod to prevent the projectiles from being aimed directly at the demonstrators.

An analysis of videos, combined with witness interviews, shows egregious and indiscriminate use of force by Colombia's national police. At least 44 have been killed during protests over economic disparity that started over a month ago. https://t.co/Lc7kXYYoPE pic.twitter.com/OtUokF3fvW

ESMAD officers must also receive training to use the Venom following the protocols required by international humanitarian law.

The decision taken in Popayan comes amidst complaints of police brutality which have increased since the beginning of the national strike on April 28. In the process of verifying the abuses committed by President Ivan Duque’s administration, human rights organizations have called for the dismissal of Defense Minister Diego Molano due to the indiscriminate use of force.