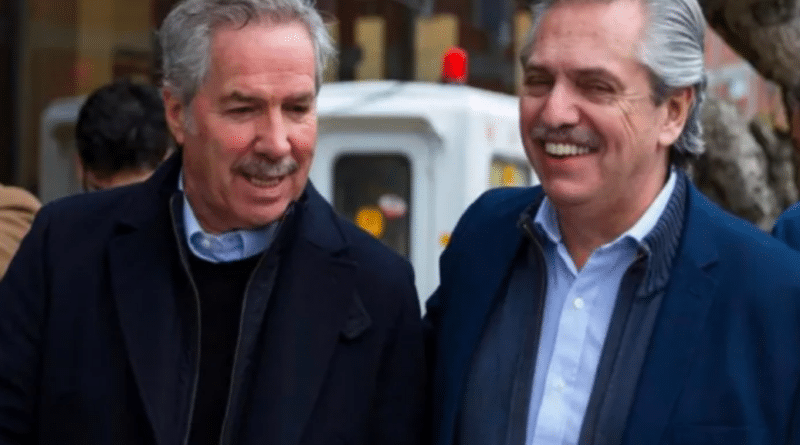 In his program Desde Donde Sea, Venezuelan expert in political communication Miguel Ángel Pérez Pirela analyzed Argentina’s attempt to perform damage control after supporting a resolution against Venezuela promoted by the Lima Group, within the UN Human Rights Council, as it was forced to offer explanations and stress that it supports the upcoming December 6 parliamentary elections as a mechanism to resolve the Venezuelan crisis.

After receiving bitter criticism for what many allies considered “a betrayal of the Venezuelan people,” the Government of Alberto Fernández, through its Chancellor, Felipe Solá, defended itself against the accusations that indicated that it supported the position of the Lima Group, arguing that throughout his government, Argentina had “desisted” from supporting the decisions in this instance, and stressed that the only report they supported was the one prepared by the UN High Commissioner on Human Rights Michelle Bachelet , since it was the only one that seemed “serious.”

He added that the Fernández Administration has always insisted that the Venezuelan crisis not be resolved “with blockades, or with sanctions, or with threats, or by circumventing the elections,” but with “elections and agreements.”

But Pérez Pirela questioned the sincerity of what was expressed by the official since, in his opinion, voting with the Lima Group, along with characters such as Jair Bolsonaro, Iván Duque or Sebastián Piñera, represents “the exact opposite” of what they proclaimed.

Solá justified his country’s vote, arguing that it was a matter of “coherence,” another aspect that was questioned by the Venezuelan analyst.

“Consistency is having voted for Venezuela, a government that helped – Chávez and later Maduro – the Argentine people at their worst moment; coherence is not voting for your arch-enemy Macri, against whom you have just won elections; coherence is precisely to repay the confidence that Peronism gave to the government of Alberto Fernández,” he said.

The diplomat, on his side, by ensuring that his country adheres to the principle of non-interference in the internal affairs of other countries, but that “human rights are not an internal issue of each country”, but “a global issue… of general conscience,” said that “in Venezuela human rights are systematically violated as a reason of State, as a State policy,” reflected the director of LaIguana.TV.

This position is also clearly self-righteous and hypocritical , given that the Lima Group and Argentina itself have chosen to remain silent on “countries that are really attacking human rights in a massive, systemic and systematic way,” such as Colombia, that in the course of 2020 has registered more than 66 massacres.

According to what was collected by the EFE agency, Felipe Solá “minimized the discrepancies that the vote generated in the Government, arguing that they were ‘minor quarrels’, which were not the focus of the priorities of the Executive,” namely: “to face the economic and social crisis” in his country.

“He calls ‘minor quarrels,’ those which nothing more and nothing less than allied parties have criticized him for, ambassadors in key countries like Russia, resigned him for. Those, for him, are ‘minor quarrels.’ And to defend themselves, they say that they are focused on the economic and social crisis in their country,” criticized Miguel Ángel Pérez Pirela.

For him, it is clear that Argentina faces a difficult economic situation, inherited from the right-wing government of Mauricio Macri, but that the mistake of Fernández and those who accompany him is to believe that they will be able to overcome it, subordinating themselves to the International Monetary Fund and the Department of State.