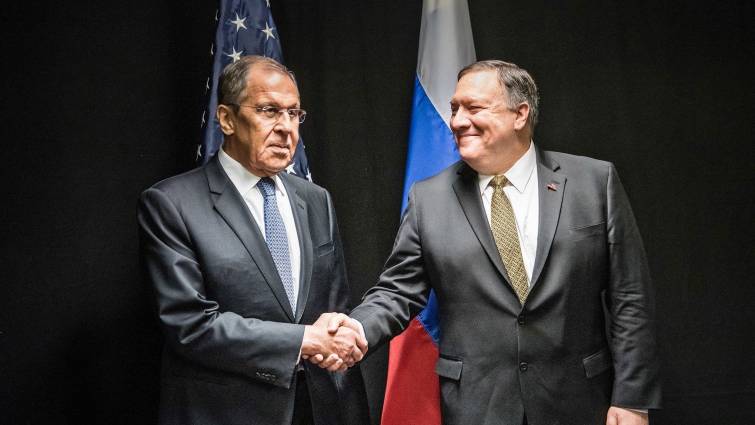 “We had a good and constructive conversation. We reviewed several regional situations that are on the current agenda, international relations in general, and we discussed issues related to strategic stability,” Russian Foreign Minister Sergey Lavrov told reporters after talks with the US secretary of state, Mike Pompeo, which took place this Monday at an international forum in Rovaniemi (Finland).

The situation in Venezuela has been the main topic of the talks between Lavrov and Pompeo. “Among my contacts with American, European and Latin American colleagues I see no supporters of a reckless military solution,” said Lavrov, who expressed the hope that this understanding “becomes a practical policy, and that there is no military solution, because this would be catastrophic. ”

As for the possibility of a military intervention in Venezuela, the Russian minister recalled that Moscow is categorically opposed to any military action anywhere that violates international law.

“The use of force can only be authorized by the UN Security Council, or it can be applied in response to an aggression against a sovereign State. None of that, none of those options, is observed in Venezuela,” said Lavrov.

A day earlier, the Russian chancellor met in Moscow with his Venezuelan counterpart, Jorge Arreaza. During that meeting Lavrov emphasized that Moscow “urges the Americans and all those who support them to abandon their irresponsible plans and to act exclusively within the framework of international law.” During the joint press conference after the meeting, the Russian minister denounced the existence of an “irresponsible campaign” against Venezuela in order to overthrow the legitimate government of the country, while underlining Russia’s solidarity with the South American country.

Last Wednesday, Lavrov and Pompeo held a telephone conversation in which the Russian minister warned of “the serious consequences” that would bring with it the continuity of the “aggressive steps” of the North American Government towards Venezuela. Amid mounting tension, compounded by the attempted coup d’etat led by the opposition “with the clear support of the US,” the Russian foreign minister recalled that interference in the internal affairs of a sovereign state “violates the international law”.