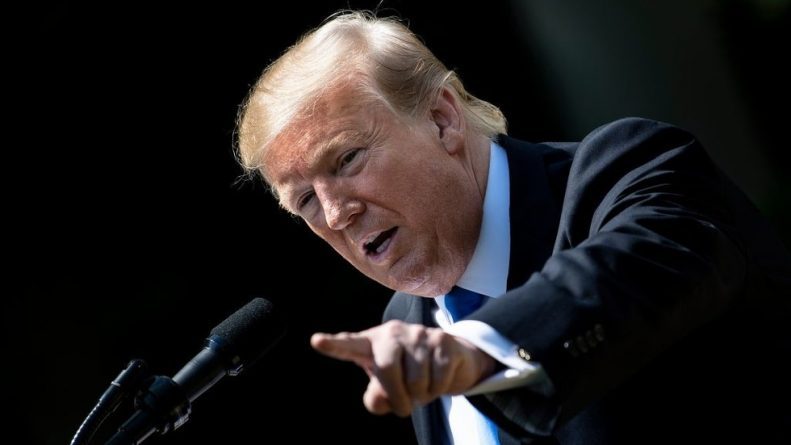 International News
May 7, 2019 orinocotribune China, Donald Trump, Iran, oil prices, Trump not knowing what to do, US Imperialism, US Sanctions

Global crude prices plunged by two percent, losing last week’s gains after US President Donald Trump threatened to hike tariffs on Chinese imports, and a US carrier strike group moved to the Middle East as a warning to Iran.

The downturn came shortly after President Trump signaled another round of escalations in the US-China trade conflict, pledging to raise import levies on $200 billion of Chinese produce from 10 percent to 25 percent, citing slow progress in talks with Beijing. The comment came as the world’s biggest economies were preparing to meet in Washington later this week to hold another session of negotiations.

That news was overshadowed by the announcement of US National Security Advisor John Bolton that Washington is deploying a carrier strike group and bomber task force to the Persian Gulf to send “a clear and unmistakable message to the Iranian regime.”

The statement came a week after the White House introduced tougher sanctions on the Islamic Republic as part of a plan to reduce Iranian crude exports to zero. The US administration suspended temporary waivers that had allowed several countries to import limited amounts of Iranian crude oil. The measure came into effect on May 2.