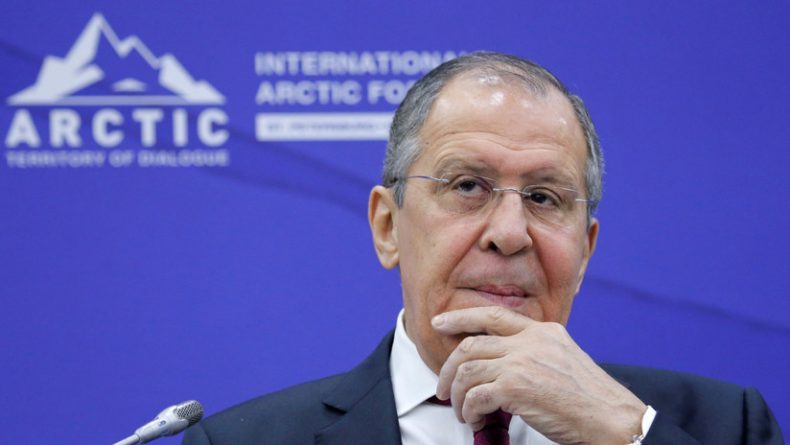 Russian Foreign Minister Sergey Lavrov says that the US failed in its attempts to get a change of government in Venezuela, but stressed that the US continues to try to force the exit of Nicolás Maduro .

“The Blitzkrieg [lightning war, in German] for a change of regime has not been achieved, but [the US] does not abandon its objective of overthrowing the legitimate president [of Venezuela]”, Lavrov said Saturday, reiterating that Washington “openly interferes in the affairs of other States.”

The foreign minister based his statements on the statement made a day earlier by US Secretary of State, Mike Pompeo, in which the diplomat accused Russia of “intervening” in Venezuela and repeated that the US military option is still on the table .

In this sense, the USA has returned to its infamous doctrine of ‘America for the Americans’ to end European colonialism in Latin America, says Lavrov.

“The Americans have even dusted off the notorious Monroe doctrine : they threaten that the next ones in the queue will be Cuba and Nicaragua, as if they do not understand that in this way they are positioned against Latin American peace, and not only Latin American peace,” the diplomat said, describing this behavior as “unacceptable”.

In this same line, according to the head of Russian diplomacy, is cataloged the “collapse” of the entire basis on which lay the normalization of the situation in the Middle East, which was approved by the UN Security Council, became in part of international law but has come face to face with Washington’s unilateral policies.

“The intention of the US and its closest allies to create a parallel international reality, in which they themselves would establish the rules and direct the courts, is evident ,” Lavrov said.

Hours before, the International Criminal Court refused to consider the request of its prosecutor, Fatou Bensouda, to investigate allegations of atrocities committed by the United States in Afghanistan. President Donald Trump applauded the decision after his administration revoked Bensouda’s visa and threatened to punish anyone involved with US investigations.