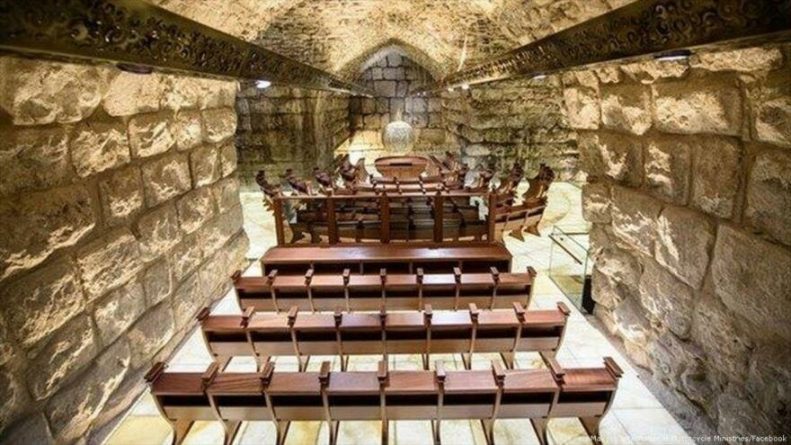 One of the most famous mosques in the city of Safed, located north of the Palestinian territories occupied by Israel, has been converted into a nightclub.

The mosque first housed the children of a Jewish school, then went on to function as a clothing store and eventually was turned into a nightclub, reports the newspaper Al-Quds Al-Arabi , based in London, the British capital.

The name of the mosque changed from Al-Ahmar Mosque to Khan Al-Ahmar, at the request of a firm affiliated with the municipality of Safed, which transformed the site into a event hall.

RELATED CONTENT: More Than 500 Hondurans are Detained Daily at the Mexican Border

The secretary of the Safed and Tiberias foundation, Khair Tabari, said he had been waiting for the Nazareth court to make a decision regarding a complaint filed, requesting the evacuation of the mosque and its return to the foundation.

Tabari said he had attached documents that highlighted the historical Islamic character of these facilities and requested the cooperation of different political and popular bodies to compensate for the damage caused to the mosque.

Before being driven from their homes in 1948, Safed was home to 12,000 Palestinians.

Tabari lamented the fact that the mosque is now open for various events but not for the prayers of Muslims.

The Palestinian authorities have repeatedly warned that the “closure” and “attacks” on mosques, as well as any measures that change the religious and historical state of these, will only result in a further deterioration of the situation and an escalation in the busy Palestinian city.

In recent years, there has been a significant increase in attempts by the Israeli authorities to Judaize the city of Al-Quds (Jerusalem), to try to change the demography of that city and reduce the number of Palestinians in the place.

Measures such as US President Donald Trump’s decision to recognize Al-Quds as the Israeli capital have encouraged the Tel Aviv regime to intensify its attacks against the Palestinians and try to seize more of their land.