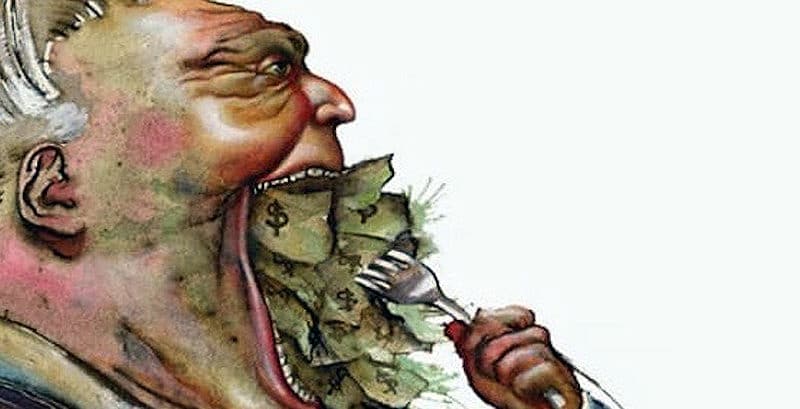 After the economic crisis of 2008, there was a sector that not only recovered quickly but continued to grow exponentially, the luxury goods sector. While a large part of the population saw their social and labor rights cut back, the occupancy of 5-star hotels, the sale of real estate by luxury firms such as Engel & Völkers, or the purchase of products such as expensive watches, jewelry or art, increased by over 10 percent annually.

This obscene indicator sums up very well what the 2008 crisis meant for humanity.

The way out of the crisis was paid for by the social majorities for the benefit of an elite. The losses were socialized, through the purchase of the debt of the private banks with the objective of not collapsing the international financial system, and the profits were privatized. Other large companies such as General Electric or General Motors were rescued, without the State, after saving these companies, imposing any clause for the recovery of jobs. And when some of those jobs were recovered, it was with infinitely worse wage conditions than before the crisis.

Today, when the worst of the pandemic and the health crisis may be over, we are on the verge of a global economic crisis, probably stronger and deeper than that of 2008.

The World Trade Organization has estimated that the world economy could contract by as much as 18.5 percent, and the International Monetary Fund’s April report estimates that regional GDP could fall by 5.2 percent, up from 5 percent in the 1930s after the 1929 New York Stock Exchange crash and certainly larger than the 2 percent after 2008.

In Latin America and the Caribbean, a region that exports raw materials and manufactured products, the ILO estimates that more than 10 million people will lose their jobs as a result of the pandemic, and ECLAC in its report “The Social Challenge in the Time of Covid-19” calculates an increase in poverty of 4.4 percentage points that translates into an additional 28.7 million poor people (to reach 214.7 million people) and an increase in extreme poverty of 2.6 percentage points, bringing the total to 83.4 million people in the region.

In addition to all this, there is the oil crisis, with a drop in production of 10 million barrels and the collapse of prices which, although already in recovery, will not reach those of 2019 by the end of 2020, according to the International Energy Agency.

If we add to this the structural crisis in the form of climate change that we are experiencing, with an increase in annual carbon dioxide emissions of more than 50 gigatons (each gigaton is equivalent to one billion tons), the result is devastating: accelerated melting of the poles at the same time as the sea level rises, and an increase in the average global temperature of between 1.2 and 1.3 °C over the next five years, which brings us closer to the dreaded limit of more than 2 °C of the average temperature of the planet above the pre-industrial period.

For all the above reasons, the debate on the capitalist mode of production is becoming increasingly urgent, but without positions, as we are used to reading about everything that has to do with the development model. The countries of the South not only have the right, but also the obligation, to lift hundreds of millions of people out of poverty, doing so in a balance between the growth to which the countries of the North had access, and the rights of nature on a finite planet that does not have much more of itself to give

The global coronavirus pandemic has accelerated a crisis that was already looming on the horizon, that of an unsustainable mode of production, especially in the countries of the North, which also do not want to transfer technology, as a partial payment of the ecological debt they have with the South for the exploitation of their peoples, people, and natural resources for centuries. If we also add to the equation the variable of the financialization of the economy, with less and less production of tangible goods, and more economic speculation, the combination is explosive, and above all, unsustainable.

But if anything good comes out of this pandemic, it is the return of the State, the break between broad layers of the middle class of the cultural consensus installed by neoliberalism that the State was not necessary and that the less State, the more efficient it is. It is going to be very difficult for the defenders of neoliberal globalization in crisis to defend that the common goods, especially health, should not be in the hands of the State in order to guarantee universal access in the best possible conditions for its population.

There is the crack to break the neoliberal consensus, still hegemonic from the cultural point of view. The need for the return of the State. And after installing this new consensus, it is necessary to take a new step: that the crisis is not paid by the usual ones, those from below, the most humble. Let those at the top pay for the economic crisis that is coming. Let the rich pay for the crisis.