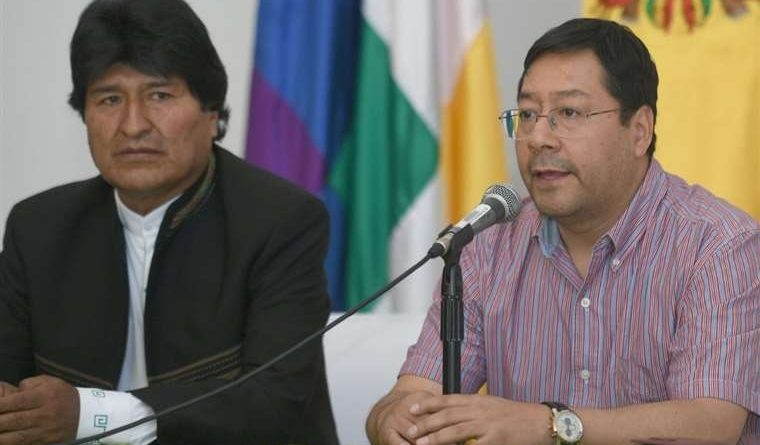 Luis Arce Catacora, presidential candidate of the Movement to Socialism (MAS) party, during an interview with the journalist Carmen Aristegui of CNN, spoke about the upcoming May 3 elections in Bolivia, the candidacy of Jeanine Áñez and his return to the country.

“The date can not be known yet (…) We have to return as soon as possible; to start the campaign, for meetings, etc . There are many tasks,” said Arce when Aristegui asked him about the date of his return to Bolivia, where legal proceedings were started against him immediately after his candidacy was announced.

According to the former Minister of Economy, he has the truth on his side and he states that justice now (in Bolivia) is not reliable. “They have absolutely nothing to accuse me of, that gives me the certainty that they have no real cause to handcuff me. I have the truth on my side (…) Obviously there are several colleagues who are being subjected to a series of abuses, justice is not an element that one can now trust, ”he said.

On the electoral process, the former minister said there are no conditions for campaigning and that there is a drop in the economy after the “coup d’etat.”

“We cannot leave unattended a single space in our country.”

However, he says he has to participate because he represents the population that is tired of what is happening in the country.

“The MAS must run because it represents all those men and women in my country who do not like what is happening (…) Today there are many people who are taking their money out of the banking system. The economy is slowing down rapidly,” added Arce.

“Weeks after she had taken the presidency we heard from her own lips, saying that she was not going to run for president. And now she contradicts herself by participating and proclaiming herself a candidate. But perhaps the most interesting thing about the de facto president’s address is what she said: ‘I have decided’, in the first person. Just as she proclaim herself president, now she also calls herself a candidate,” said Arce.