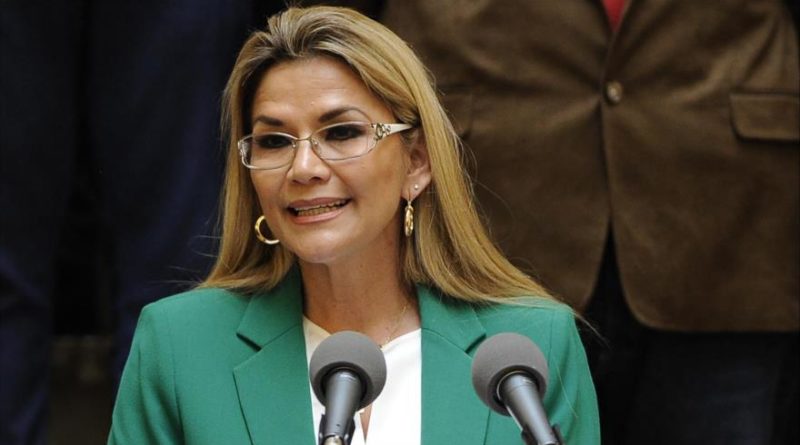 Friday the self-proclaimed president of Bolivia, Jeanine Áñez, announced her candidacy for the presidency in the elections of May 3.

“I have made the decision to present myself as a candidate… It was not in my plans to participate in these elections. In recent weeks we have prepared to build consensus and we have not achieved it,” said Añez in an act in which her party, Democratic Unit, and Luis Revilla’s party, Sovereignty and Freedom (Sol.bo), announced their alliance.

Earlier Revilla left the alliance with former Bolivian president Carlos Mesa, leader of the Community Community (CC) party and approached Áñez. However, it is not yet confirmed whether Revilla would join her on the ticket as vice president.

Áñez has made this announcement just ten days after she denied her candidacy in order to unify opposition to the deposed president of Bolivia, Evo Morales.

Luis Fernando Camacho, the president of the Civic Committee of Santa Cruz and former president Jorge “Tuto” Quiroga complete the opposing candidacies for the presidency of Bolivia.

On behalf of the Movement To Socialism (MAS), Luis Arce , former Minister of Economy will be the candidate. MAS chose him as Evo’s successor in these elections that he [Morales] must follow from Buenos Aires, Argentina, where he is exiled.

Arce accompanied Morales since he came to power in 2006 and achieved a historic growth of the Gross Domestic Product (GDP) in recent years. Morales described Arce and David Choquhuanca formula as “a combination of the city and the countryside to continue the process of change.”

Bolivia has the highest GDP in Latin America
Bolivia will hold general elections, after those of October 20 were annulled, in which Morales got his fourth consecutive term, but was forced to resign in November, to preserve peace in the Andean country due to the violent coup and opposition, directed from the US.