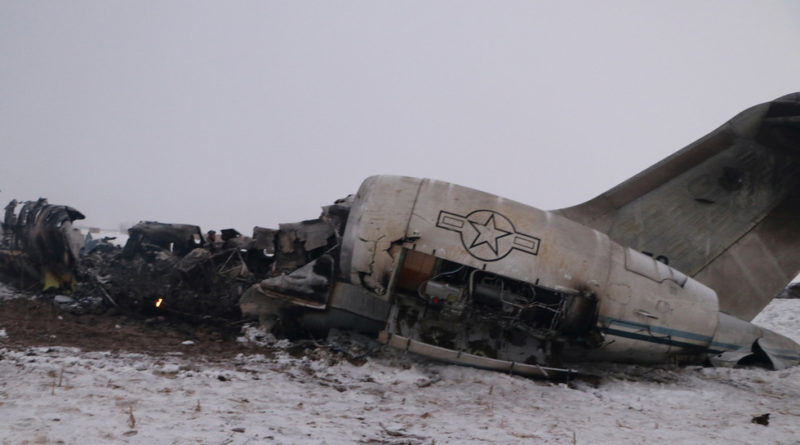 The US military has acknowledged the loss of a Bombardier/Northrop Grumman E-11A plane in central Afghanistan. They added that they have not found any “indication” that the aircraft was downed.

The aircraft crashed in Ghazni city area on Monday. An investigation into the incident is underway and the military will provide further information when its available, a spokesman for the US force in Afghanistan, Col. Sonny Leggett has tweeted.

A U.S. Bombardier E-11A crashed today in Ghazni province, Afghanistan. While the cause of crash is under investigation, there are no indications the crash was caused by enemy fire. We will provide additional information as it becomes available.

The official also dismissed Taliban claims that another aircraft had crashed in the country, describing them as “false.” Earlier in the day, the Taliban said that a military helicopter went down in the east of the country shortly after the plane crash. The militant group did not provide any details of the alleged incident, nor did they specify to whom the helicopter belonged.

There has been some confusion as to whether Taliban militants have claimed responsibility for the plane crash. Their initial statement in Pushtu only stated that the plane had gone down.

The Bombardier/Northrop Grumman E-11A is a surveillance and communications plane. Footage from the scene showing the wreckage has been circulating on social media, and photos that appear to show a plane with the same serial number have been unearthed.

Videos showed the shell of the plane ablaze on the ground. It was largely destroyed in the fire with only its tail section surviving the crash

Another video of #American aircraft shot dawned by #Taliban in #Ghazni #Afghanistan pic.twitter.com/pYKHx2q3tI

Local journalists have apparently made it to the scene faster than the US military.

#Afghan forces head to the site of US plane crash

Pajhwok news agency has published photos of the wreckage. They have also snapped some documents that survived the crash of the aircraft, which the Taliban has claimed was carrying CIA officers.

Featured image: The wreckage of an airplane is seen after a crash in Deh Yak district of Ghazni province, Afghanistan. © Reuters / Stringer