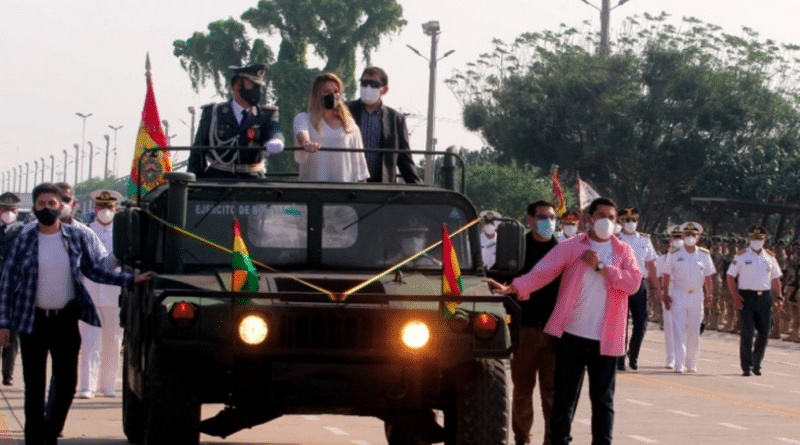 Jeanine Áñez described them as “heroes” when commemorating the 53rd anniversary of his death.

During the ceremony the Minister of Defense stressed that the country faced “an enemy at home” in recent years  and warned that any foreigner “be they Cuban, Venezuelan, Argentine” who is going to “cause problems, will find death.”

“I express with pride and satisfaction my sincere apology to the memory of these Bolivian heroes,” said Bolivian de facto president Jeanine Áñez, referring to the military who killed Che Guevara, and those who died in the clashes exactly 53 years ago.

RELATED CONTENT: Che is a Presence that Can Never be Destroyed

“The lesson that we Bolivians gave the world with the defeat and death of Che Guevara in Bolivia is that communist dictatorship will not pass here. Neither the communist, nor the fascist, nor the populist, no dictatorship will pass or take root in this nation… What the republican tradition of the Bolivian people will never allow is the installation of tyranny,” affirmed the senator who assumed power in a session of parliament without a quorum after the coup against Evo Morales.

Just two weeks before the presidential elections, Áñez led an event in the eastern city of Santa Cruz, in which the main honorees were the ex-military who fought the guerrillas in that region at that time.

Che left Cuba to lead the guerrilla movement in southeastern Bolivia. He fought for seven months until he was wounded and captured on October 8, 1967, and executed the next day in a makeshift prison in the town of La Higuera, in the department of Santa Cruz.

For his part, Defense Minister Luis Fernando López also addressed the retired forces and targeted former President Evo Morales. “In recent years we had an enemy at home, a shameful episode, who tried to lower our self-esteem, and distort the story of one of the victories of the 20th century.”