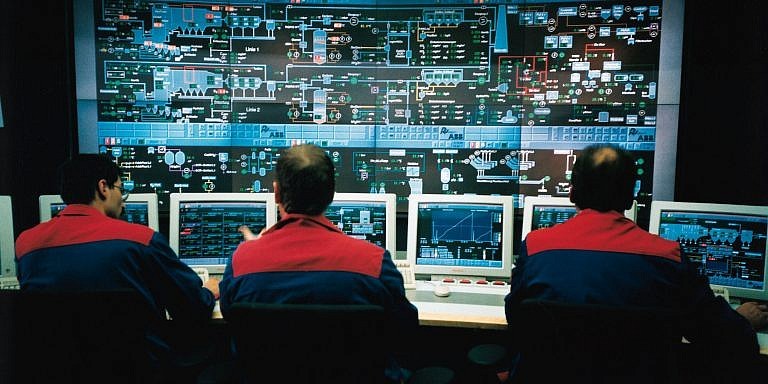 The President of Venezuela, Nicolás Maduro, announced on Wednesday that his country “is experiencing the first war of unconventional dimensions, which aims to impose itself through utilities for a regime change directed by the United States.” In a telephone contact with the TV show “Con el Mazo Dando”, directed by Diosdado Cabello, he explained that the country is living “the first electric war, with cyber, electromagnetic and physical characteristics, to overthrow a democratic and legitimate government, make a regime change and impose the chaos and domination of a strategic country, with the largest oil reserve in the world, as is Venezuela, who is currently presiding over OPEC with strong leadership in the Third World countries”.

“Venezuela is a field for testing new cyber and electromagnetic weapons, and a new war strategy, which is not direct invasion or bombing by missiles and airplanes, but the bombing and destruction of public services, vital for the people, so that people enter into a phase of chaos, people against people, war of dogs, as they call it; and they then enter to dominate the country”, explained Maduro.

“It is an electric war unique in the history of Venezuela and the first of these characteristics in the new history of world conflicts from now on,” he said.

His statement was issued days after several serious failures at the Guri Hydroelectric Power Plant, which the government has blamed on a cyber attack at its control center, at another similar attack at the Corpoelec control center in Guyana, and at electromagnetic attacks on the transmission lines. In addition, a fire in the transformer yard of Guri on March 25 was initiated by a sniper attack, explained Maduro days ago. There have also been explosions and fires in electrical substations. These serious problems had left more than 80 percent of the country without electricity for several days.

Maduro pointed out that several experts have warned, in analyses made 4 or 5 years ago, that it could attack the electrical system of a country and leave it incapable, to weaken it in a global power dispute.

He said that this occurs “with the complicity of the worst opposition” the country has had in 20 years of revolution: “the most criminal, the most murderous, the most corrupt we ever had”. He indicated that “there are things I can not say, that one day I will say, that I know about their criminal plans, those who lead the opposition today, of the plans to kill me, to kill you (Diosdado Cabello), to kill a lot people. On hiring, on plans to attack military units. Maximum intelligence and counterintelligence”, he warned.

“And I tell the people: never in 20 years of revolution, have we had a leading nucleus of the opposition with a feeling and a vision so criminal, so murderous, so unethical. They are the main accomplices of this type of war! ”

He indicated that “we have managed to advance in the resistance phase of this electricity management plan to maintain electric service and water service for the people, and today (Wednesday) we started classes in this resistance phase.”

He noted that there was a significant increase in electricity consumption, “that we knew how to get along with the electricity management plan (rationing). Today the orientation has been given, and I ask the educational communities to inform that tomorrow (Thursday) and Friday we continue in classes, with flexible schedules, adapted to the conditions of each educational unit, each locality, each municipality and each town of the country”.  He congratulated the students and teachers and urged them to continue in classes even if the electricity administration plan (rationing) surprises them.

He urged governors, mayors and authorities to create WhatsApp groups and other mechanisms to keep the people informed on the electric battle, “so that people know when they will have the electrical management plan in their area.”

He also demanded that the Clap food boxes be delivered on time and without delays.  He approved the resources for the Ministry of Food, in order to promote the protein plan within the Clap (meat, fish and eggs) allowing it to “reach the people this weekend with strength.” He also urged the country’s farmers and ranchers to continue production.