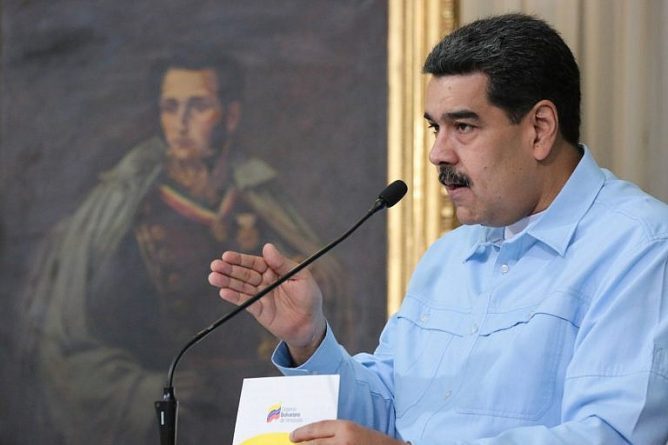 The Venezuelan President, Nicolás Maduro, asked the government of Portugal to speak out about the block that a bank in that country has on more than 1,700 million dollars that were destined to the purchase of medicines and food and urged the Portuguese community in Venezuela to react against that theft of the resources of the Bolivarian Republic.

“I ask the Portuguese government to rule. There are 1,726 million dollars kidnapped by the Novo Bank in Portugal that were for the purchase of medicine, food and supplies,” said the Head of State in Miraflores, where he led a productive day Wednesday for the start of the Cereal Sowing Cycle in the country.

“Government of Portugal, these are medicines and food that the people need!” President Maduro asserted, publicly addressing the authorities of that nation that are illegally applying the alleged “sanctions” of the United States.

The resources were withheld as part of the persecution of the economic body of the South American country orchestrated by the government of the United States of America and the European Union, which according to the Head of State, seeks to suffocate the government by directly affecting the people, by hindering the acquisition of medicines, food and basic necessities.

Along with the denunciation, the President called on the Portuguese community that lives in Venezuela and that has also been cruelly affected by the international blockade to which they have subjected the Nation, to pronounce themselves in favor of the Venezuelan land, which has given them shelter for so many years.

“I call on the Portuguese living in Venezuela to write to the government of Portugal to release the thousand 726 million dollars they have kidnapped.”

Finally he assured that Venezuela will not faint before any threat or international blockade that threatens the dignity of a people that is determined to be free and independent. “Venezuela does not surrender, Venezuela respects itself and Venezuela goes forward with a lot of productive strength,” he concluded.