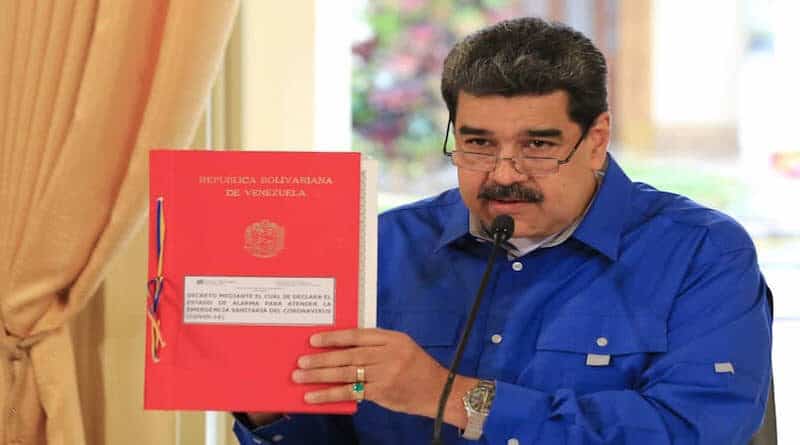 The president of the Bolivarian Republic of Venezuela, Nicolás Maduro, decreed this Monday presidential pardons in favor of opposition political leaders and individuals, most of them accused of destabilization and conspiratorial plots, thus extinguishing the criminal action that falls on each of them, even those from the group currently living abroad after evading Venezuelan justice.

Venezuelan communications minister, Jorge Rodriguez, reported at a press conference that this decree and pardon benefits 110 citizen and political actors of the Venezuelan right, 23 of them main deputies and 4 alternates, seeking reconciliation and national unity.

It was also announced that these individuals won’t have any restrictions to hinder them in the upcoming parliamentary elections scheduled for December 6.

The presidential pardons will come into effect as of its publication and the Vice President of the Republic, Delcy Rodríguez, as well as the Ministers for Penitentiary Service, Iris Varela, and of Internal Relations, Justice and Peace, Nestor Reverol, will be in charge of its effective fulfillment.

BREAKING: Presidential pardon to 110 political leaders and individuals involved in destabilization attempts. 24 of them are anti-chavista deputies. https://t.co/KU8nX2prJT

Minister Rodriguez read half of the names in the 110 citizens list, who benefited from the measure:

Rodríguez, faced with questions from the national and international media, stressed that this decree seeks to “reiterate the channel for peace,” which ultimately leads to national reconciliation, in the context of the upcoming parliamentary elections on December 6.

“The intention of the Bolivarian government is to deepen the process of national reconciliation, for national unity, so that political affairs are settled by peaceful and democratic means,” Rodríguez said.

Also minister for Communication, Rodriguez said that the history of the country should establish and recognize Maduro, “as a true champion in the search for dialogue (…) with the people of Venezuela and with political actors, more than 600 times he has called to dialogue with opposition forces,” he said.

He stressed that whoever is not within the (parliamentary) elections is not within the elementary exercise of a democracy,” that means to propose, to offer (solutions) and let the people decide through the sovereign vote,” he said.

Rodríguez called to leave violence behind, because in his opinion the calls for invasion, the calls for aggression against the territory, would only cause a catastrophe for everyone, “let’s take advantage of the stellar opportunity of the next election to settle all those controversies,” he said.

“Let’s show the world the strength of Venezuelan democracy,” he stressed, while mentioning that “we all have the right to be or not a candidate for Parliament, therefore there is no type of conditioning in the establishment of the decree about their participation or not in the electoral event.”

This decision seeks, said Rodríguez, to encourage and expand the participation of political actors and in this way the participation of voters will be increased. In addition, the number of deputies was increased to 277. “There is a wide range of guarantees for the December 6 elections, whoever does not want to participate, it is because they have other plans.” said Rodriguez.