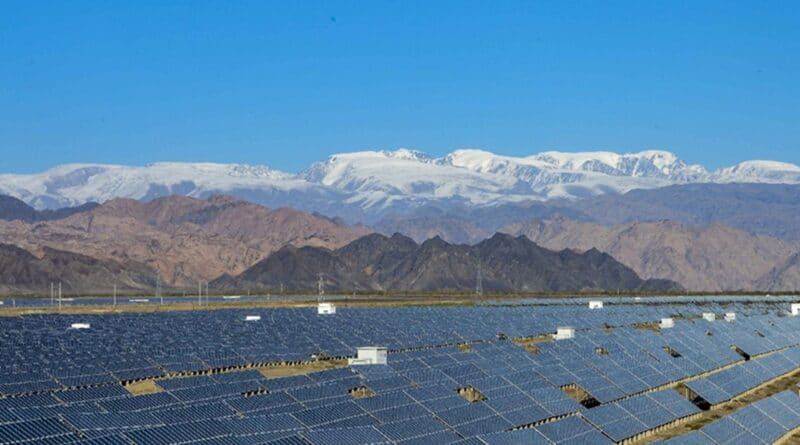 As a new American legislation puts multinational companies in a dilemma when it comes to their Xinjiang-related businesses, one of the countermeasures China could take is to increase the region’s economic attractiveness to foreign companies to gradually put this debate to rest.

Ever since the Biden administration heaped more pressure on Xinjiang-related trade issues, some American companies have complied with various bans to rid their supply chains of any hint of Xinjiang, which eventually result in Chinese people’s boycott of their products.

Even though it is crystal clear that the so-called “forced labor” and “genocide in Xinjiang” are sinister lies made up by American politicians and some Western media, it is regrettable that some companies easily fold to this political pressure. For these businesses, Chinese consumers’ boycott is not enough to change their decisions, and there is no need to waste time on them. What China needs to do is to boost Xinjiang’s economic importance to the level that cannot be easily overlooked or abandoned by these businesses.

In fact, not all American companies have severed ties with Xinjiang, which may give us some indication on how to win more endorsements from multinational companies when it comes to Xinjiang-related economic and trade cooperation.

US electric car giant Tesla last week opened an electric car showroom in Urumqi, capital city of Northwest China’s Xinjiang Uygur Autonomous Region, a move that several Western media outlets claimed was slammed by anti-China forces in the US. While it is encouraging to see a high-profile American company choose Xinjiang at a time when the West is vilifying the region with a litany of groundless lies, it is worth noting that Tesla’s move was mostly motivated by commercial calculations.

Xinjiang’s abundant electric power resources have made it an important producer of clean energy in China, and Tesla’s new showroom in the region may also underline its great attractiveness in the development of the new-energy vehicle market.

And, some American pharmaceutical companies continue to purchase cancer-drug components from Xinjiang, which will be hard to find replacement in the short term.

All such economic and trade development may serve as a reminder that instead of boycotting those companies that give in to the US government pressure, we need to create more favorable conditions for Xinjiang’s development to make the region a strong magnet for foreign investment.

After decades of efforts, Xinjiang has already developed a solid manufacturing base and abundant energy resources, and, the Belt and Road Initiative has also given Xinjiang a unique geographical advantage. All we need to do is to continue to amplify those advantages by accelerating opening-up in the region.

In the meantime, it is imperative to facilitate the integration of Xinjiang’s manufacturing sector with the rest of Chinese provinces. With the support of China’s huge market and manufacturing strength, more Xinjiang products should be able to make their way into the global supply chains, and become indispensable in worldwide manufacturing.

In the first 11 months of 2021, Xinjiang recorded 261.8 billion yuan ($41 billion) in foreign trade with EU countries, rising 30 percent year-on-year, according to data from Urumqi customs.

As long as Xinjiang region maintains its robust momentum when it comes to economic and trade cooperation with the outside world and does its own things well, the voices that rid Xinjiang products out of their supply chains will only looking increasingly feeble and outdated.