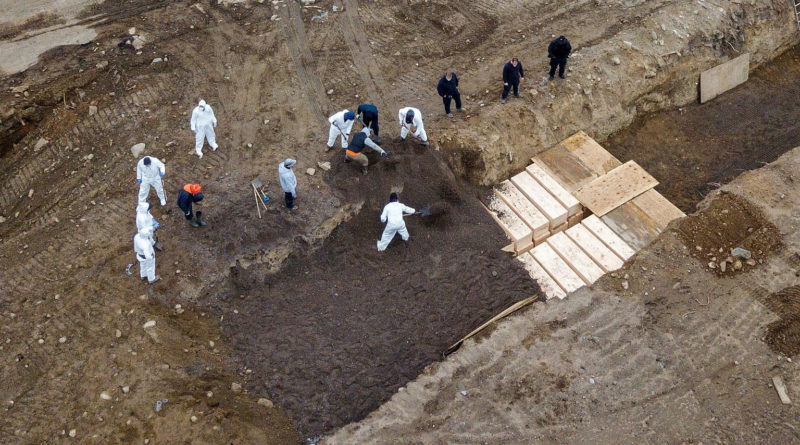 This Thursday, the authorities of New York, United States (USA) authorized the burial of those killed by the coronavirus (Covid-19) in mass graves on Hart Island, in the Bronx.

According to international media, these mass graves have been used for more than 150 years in New York City to bury people who cannot afford a funeral or a place in the cemetery.

The measure is taken after the increase in deaths from the outbreak in the United States. In New York alone, 7,067 deaths are registered (more than doubling China’s figure) and more than 161,504 confirmed cases, surpassing Spain’s figures. In an interview with the AFP news agency, Par Marmo, manager of five funeral homes, indicated that for weeks there have been “three times more” deaths than in normal times, which is why they are on the verge of collapse this April.

Funerals – in the charge of prison services – will begin this week, and will continue until the health crisis, due to the outbreak, has ended.