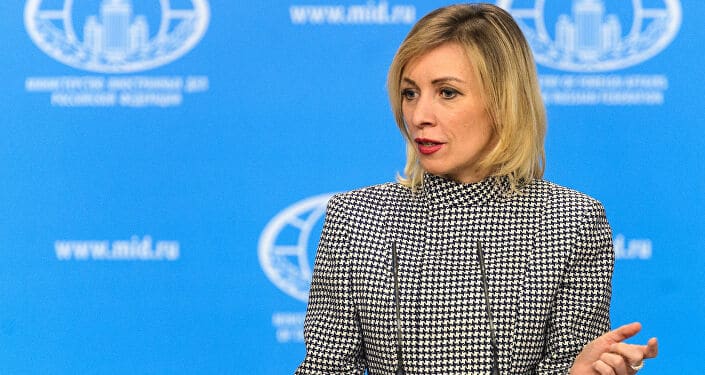 The spokeswoman for the Russian Foreign Ministry, María Zajárova, reiterated this Thursday that the solution to the problems that exist in Venezuela must be solved peacefully by the Venezuelans and “cannot be imposed from outside.” Zakharova indicated that the best way to do this is through a dialogue between political actors within the country, emphasizing that external factors should not intervene in this process.

Likewise, the spokesperson pointed out that the South American nation will not be alone in the midst of the pandemic due to the novel coronavirus (Covid-19), since other countries such as Cuba and China provide support to combat this virus.

The diplomat recalled that the Russian government has sent technical aid to Venezuela, in the framework of the bilateral cooperation that exists between the two countries, to continue the fight against the spread of Covid-19.

Condemnation of US actions in the middle of a pandemic
In addition, Zakharova denounced the actions implemented by the United States government to prevent humanitarian aid from reaching Cuba, a country that has ratified its worldwide solidarity by sending medical brigades to various nations to contribute in the fight against the virus.

“Such an attitude of the United States is outside of any understandable logic,” said the official.

Russia has repeatedly condemned the unilateral and illegal sanctions imposed by the Donald Trump Administration, mainly by preventing medical supplies and equipment from reaching the countries affected by its coercive measures in the face of the global health crisis caused by Covid-19.