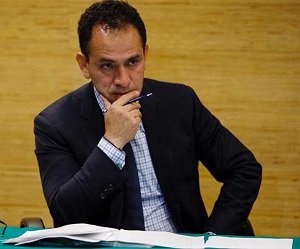 Mexico maintains its position on Venezuela unchanged, the Undersecretary of Finance, Arturo Herrera, said in Washington, the newspaper La Jornada reports in its digital version.

In a dispatch dated in Washington, the online version of La Jornada clarifies that Mexico participated as a “spectator” in a meeting chaired this week by US Treasury Secretary Steven Mnuchin on a plan for Venezuela, and there he reiterated that his ‘no intervention’ posture remains unchanged.

“Mexico’s position is very clear and it is a non-intervention position (…) it is a principle that is in the Constitution, it is not even subject to interpretation,” said the official who participated in the meeting with several finance ministers on Saturday, since the head of the portfolio – who was also in Washington – had another appointment.

RELATED CONTENT: AMLO Asks the King of Spain and the Pope to Apologize for the Conquest

Herrera explained in a press conference that his country attends all the meetings in which there is a “Latin American issue” and that’s why he was present at the one summoned by Mnuchin, but only as an observer.

He insisted that “the position of Mexico and Uruguay is very clear, it is a position in which we think that the exit must be negotiated,” Herrera said, noting that his country is not putting “proposals on the table.”