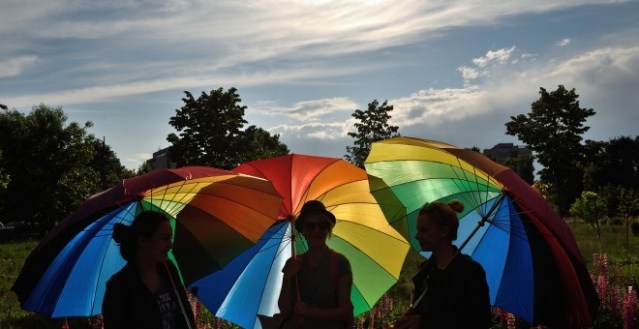 “Brenda was killed brutally. I want justice for her, let it be known who killed her in this way, that this fact not go unpunished, that the authorities help in this, please.” These were the desperate words of Gloria Vallejos, Brenda’s mother, murdered near her home last Monday in Valparaíso, in central Chile.

Brenda Plaza was 41 years old and a trans woman who lived in Iquique, in the north of the country, but flew to the coast two months ago to visit her mother. So far, those responsible for the crime have not been found, but relatives and activists criticized the police talking about her as “a male person dressed as a woman”. “Until the last moment they treated Brenda as a man. So we can not expect the bad guys to stop killing us, much less we can expect respect from others, if the very police do not respect us,” snapped the trans councilor of the port town (Buenos Aires), Zuliana Araya.

Brenda’s murder joins a long list of attacks that have occurred in the South American country in recent times. According to the XVII Annual Report on the Human Rights of Sexual and Gender Diversity, prepared by the Movement for Homosexual Integration and Liberation (Movilh), in 2018, in Chile, 698 cases of violence and abuse based on sexual orientation or gender identity were reported. Compared to 2017, there was an increase of 44%, the highest figure recorded in the last 17 years. The document also reveals that for the third time in this period, the trans population accumulated the highest number of assaults, 39% of the total, corresponding to 273 cases, the highest known so far.

Until March 15, 13 cases of physical violence due to sexual diversity were reported in the South American country, 85% more than the average of previous years between January and March. This count did not include Brenda’s murder nor the aggression suffered by a group of transgender sex workers, who were stabbed at the end of last month.

Among the latest cases that have shaken Chilean society is the “corrective violation” of a man to his stepdaughter for being a lesbian; or the attack on the young Carolina Torres, who suffered life threatening injuries after being hit with a stick by two men while walking hand in hand with her girlfriend and another friend.
Precisely, this Thursday, after two months of searching, the alleged attackers of Carolina were arrested and, after appearing before a judge, were remanded in custody for the duration of the investigation. The magistrate considered that there is a flight risk and that they represent a danger to the victim and to society. The families of María Pía Castro and Nicole Saavedra, murdered in 2008 and 2016 respectively, did not have the same luck, because they were lesbians. Both deaths remain unpunished to this day.

Erika Montecinos, director of the Lesbian group “Breaking the Silence”, links the wave of aggressions of recent months to the eruption of the hate speech of the “fundamentalist and ultraconservative” sectors that have appeared in all media and society in general. “It is a harassment that we experience daily, especially those people who have a diverse gender expression or identity, such as truck lesbians or trans people,” he explains.

In agreement with her is the person in charge of legislation and public policies of Organizing Trans Diversities (OTD), Franco Fuica, who points out that the achievements of the LGBTI community become “reasons to be more hated” by the most reactionary sectors. “There’s a rebound effect,” he says.

In fact, advances in the processing of the Gender Identity Law, which was enacted last November, and the triumph of the film Una Mujer Fantastica at the Oscars of 2018 provoked anger and homo-transphobic rejection by various groups and people who mobilized to boycott the norm or to insult the protagonist of the film, Daniela Vega. Specifically, of the total cases of discrimination of 2018, 15 were directed against the actress and 218 at boycott of the law, according to the Annual Report.

Montecinos can not ignore the consequences of the dictatorships in the 70s that have until today stalked the countries of South America. According to her, the groups linked to the murders and disappearances have not completely disappeared and now reappear “with neo-fascist speeches”. She believes that in right-wing governments “there is no hard hand or effective policies” that condemn hate speech that incites violence.   She adds: “They normalize and relativize behind an erroneous interpretation of freedom of expression.”

Fuica believes that what happens in Chile is directly related to the rise of the extreme right at the global level and the “bad management of socialist governments.” According to him, the conservative parties “have empowered these groups that had been in the shade and now appear without fear, shame or modesty.”

Policies under discussion
Chile has several pending antidiscrimination policies. In 2012 the Anti-Discrimination Law was passed, better known as the Zamudio Law, in homage to the young Daniel Zamudio, mortal victim of homophobic aggression perpetrated by a neo-Nazi group. However, LGBTI organizations demand a revision of the regulations because they consider them insufficient. “It does not have sanctions against who discriminates, except a fine that also has a fiscal benefit; and the burden of proof must be changed: the victim should not be the one to demonstrate the discrimination, but the aggressor should be the one who should prove that he did not do it,” laments Franco Fuica.

The government of Sebastián Piñera announced for a March call for a citizen consultation to evaluate the effectiveness of the law, but for now there has been no progress in this regard and the announcement was mere words in the wind.
Faced with the increase in violence and lack of protection, the executive also decided to establish a working group open to social organizations. However, some of the entities were excluded from the call and left without representation. The Minister of Women and Gender Equality, Isabel Plá, indicated that the increase in aggressions against lesbian and trans women requires “specialized work” and “special protection” because the violence that affects these groups of women “has special features”. However, there have not been advances in that either.

Erika Montecinos believes that, until now, public policies directed to the LGBTI community “have been weak” and have not addressed the “structural violence that denies rights, for example, to diverse families, or that prevents marriage equality.” Therefore, from their organization they demand “more severe laws that serve to combat incitement and hate crimes”. As lesbian and transgender women, they demand that they be included in the comprehensive laws of violence against women: “We want violence against women because of their sexual orientation and gender identity to be considered, to look for a broader and non-heteronormative view” she says.

From OTD, Fuica reflects that view and adds the importance of transforming with education: “It is the fundamental pillar for social change towards true equality,” he concludes.