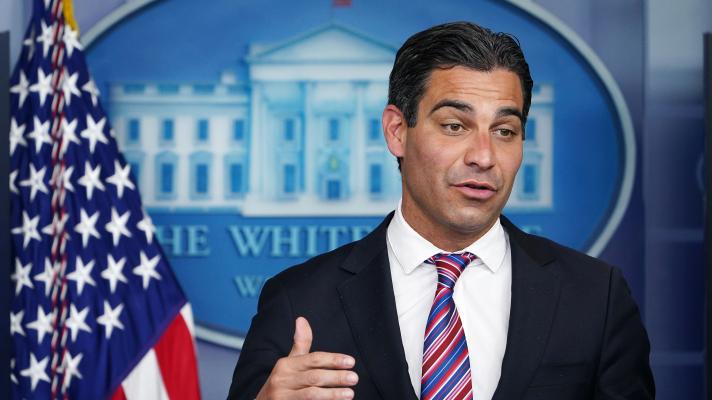 Francis Suárez, a Cuban-American and current mayor of Miami, Florida’s largest city, declared that the United States should explore the possibility of launching air strikes against Cuba.

Since last weekend, a “regime”-change operation has been launched against Cuba’s socialist government and the majority of the Cuban population, using the pretense of alleged mass protests, that are not evidenced other than one or two small incidents. Police repression has also been raised as an excuse for a so-called humanitarian operation, but again, no mass repression can been seen, at least nothing approaching the degree of what was witnessed in the United States during the George Floyd uprising, or more recently in Colombia during the national strike.

The Caribbean island has been heavily affected by COVID-19 in terms of a reduction in tourist revenues but, most importantly, by the US blockade that has made life more difficult for millions of Cubans.

A small spike in COVID-19 cases, along with electricity blackouts, were issues raised by protesters, but scenes of violence were caught on video that then circulated on social media networks. Immediately, Miguel Díaz-Canel, Cuba’s president, went into the streets to speak directly with the protesters, and he, alongside high-ranked government officials, explained the causes of the current problems faced by the island.

Cuba, Nicaragua, and Venezuela are the three Latin American countries with the lowest COVID-19 death rate. The three governments are run by progressive leaders.

Meanwhile, Cuba is already producing three COVID-19 vaccines (Soberana 01, Soberana 02, and Abdala) that present a hope for many people all over Latin America. Cuba is the only country in the region that has been able to develop a technology to produce highly efficient vaccines with results that seem to surpass those of big pharma. In addition, Cuba sent hundreds of doctors all over the world to help in the fight against the pandemic.

"Air strikes in Cuba" are now being floated on The News tv channel pic.twitter.com/IMjn4N3WoO

Suárez’s suggestion was made in an interview with Fox News on Tuesday, July 13. “What should be contemplated right now is a coalition of potential military action in Cuba,” said the Republican politician, suggesting that Biden should intervene in a similar way to the invasion of Panama, or the NATO bombing of Yugoslavia in the past.

After being questioned by the presenter, Martha MacCallum, about whether he was suggesting the launch of air strikes in Cuba, Suárez replied: “What I’m suggesting is that option is one that has to be explored, and one that cannot be just simply discarded.”

Then, the mayor of Miami added that bombings were just one of the options that should be on the table and that the US military has to know how to intervene in “a variety of ways.”