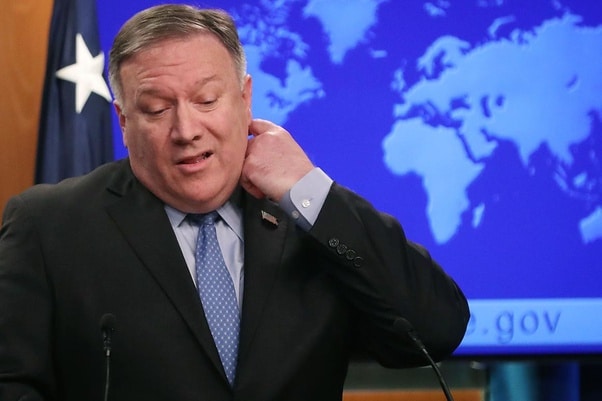 The editor-in-chief of the US newspaper Washington Post, Jackson Diehl, published an analytical report on Sunday in which he said that US Secretary of State, Mike Pompeo, is the “worst secretary in th history” of the North American country.

Diehl explained that Pompeo failed to negotiate with North Korea and also failed in his “maximum pressure” campaign against Iran. Nor, in the case of China, could he oppose himself to the (alleged) “suppression of freedoms in Hong Kong, or the alleged genocides in Xinjiang.” He also criticized him for not implementing his anti-Venezuelan policies in order to overthrow the government of the Venezuelan president, Nicolas Maduro that these same outlets — repeating the US government narrative — call “dictator.”

Additionally, the report emphasizes, Pompeo continues to preside over the State Department today, with many high-level positions vacant and hundreds of diplomats fired in a political purge or who have left their jobs.

An opinion article published in July on the US network CNN says that Pompeo not only became the worst Secretary of State in history, but also the most partisan, since “he has politicized the office and degraded the institution he leads” to advance his personal political agenda and protect Trump.

The column written by Aaron David Miller, a main investigator of the Carnegie Institution based in Washington DC, points out that Pompeo, with his terrible measures, will have wanted to create a platform to increase the conservative Republican base, especially evangelical Christians, in the face of his eventual future presidential candidacy.

The Chinese state newspaper Global Times published an article with a similar topic, in which it assured that “for Pompeo and others like him (e.g., US President Donald Trump), facts and morals have no value. The final objective now is to win the elections.”