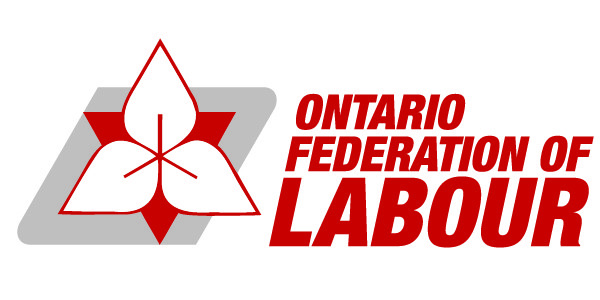 On November 27, at the Ontario Federation of Labour Congress (OFL- representing one million workers) held in Toronto, the following resolution was adopted:

WHEREAS democratically elected Evo Morales, the first Indigenous President in the history of the Indigenous majority in Bolivia, was forced to resign on November 20, 2019….”

After citing governments, political personalities and other trade union federations that have condemned the coup, the resolution continues:

“THEREFORE, BE IT RESOLVED that the OFL condemn the coup in Bolivia, and

THEREFORE, BE IT FURTHER RESOLVED that the OFL write a public statement that denounces Canada’s support for this coup and calls for our government to support the restoration of democracy and the safe return of Evo Morales, and

THEREFORE, BE IT FURTHER RESOLVED that the OFL call on the CLC to oppose the coup and write a similar statement public statement.”

This latest important buildup of the movement in Canada came about as a result of the Durham Region Labour Council, representing members of the many affiliated unions in this Ontario city, tweeting on November 14, that it “will be submitting an emergency resolution to be discussed at the @OFLabour #ElMundoConEvo #GolpeDeEstadoBolivia.” This is what it did, and the emergency resolution was passed.

So far the Canadian Labour Congress (CLC) denunciation of the coup has taken the form of co-signing the moderate Trade Union of the Americas (TUCA) statement which does not even mention Evo Morales by name: “The CLC supports the TUCA position condemning the coup in Bolivia and expressing solidarity with the Bolivian peoples, trade unions, and social organizations.”

We will see in the future how the CLC reacts to the OFL resolution to take a stand based on the OFL stance, as it declares, in “the same sense” as its resolution which goes far beyond their US counterparts.

In any case, as indicated in the previous articles in this series on the impact of Evo/Bolivia on the Canadian trade union scene, this movement is very significant. We have CUPE (680,000 workers), CUPW (54,000 workers), OFL (one million workers), UNIFOR (300,000) and now the CLC (3 million members, which includes the one million in the OFL). This means virtually the entire trade union movement in Canada is opposed to the Trudeau government’s position in support of the coup.

However, how is this reflected in the Canadian corporate media? A google search on the main Canadian media shows that not a single article reported on this union movement in Canada, which represents millions of workers.

The mainstream media articles on Bolivia and Evo immediately before the October 20, 2019 elections, and ever since, all basically echo the talking points of the Trudeau/Trump narrative in support of the coup.

However, it is continuously repeated in Western mainstream media that in a country such as Cuba, the media is “state controlled,” whereby all media reports and analyzes in the “same way.”

Nevertheless, investigation over the last two decades shows that in Cuba there is a wide variety of views among the official and non-official press and alternative revolutionary bloggers. Apart from Venezuela, there are very few countries in the world where there is so much debate and controversy in the press and on the streets, workplaces and educational institutions, as in Cuba.

This was evident once again in 2018-2019 during the public debate on the new Cuban Constitution. For example, there were openly conflicting opinions on television, in the print press and among revolutionary bloggers as to the inclusion of “communism” as the long-term ideal or goal of the Cuban Revolution. “Communism” was enshrined in the original constitution but was deleted by the Parliament in the draft version of the new constitution sent to the entire population for its input. However, the desire to maintain the long-term goal of communism enshrined in the constitution was so strong that the second draft included it, as well as hundreds of other citizen-driven changes, in which the Cuban media also played an active role. It was then sent to the population in a referendum approved by the overwhelming majority of voters.

However, in a capitalist country such as Canada, the mainstream media IS “state controlled” and repeats the same views as the government, as the example of Bolivia shows. If this were not the case, how is it that not one single article was published in the mainstream media on the Canadian trade union movement’s views on Bolivia and Evo, which contradicts the Trudeau government’s position in support of the coup?

If just one major article in one important corporate press outlet reported on this workers’ movement in Canada, quoting extensively from the trade unions, it would have been like a bombshell erupting onto the Canadian political scene. Trudeau would have been publicly put on the spot as being in contradiction with millions of Canadians.

Comparing to Cuba once again, the so-called epitome of “state-controlled media,” this journalist can very vividly recall the initial reactions coming from revolutionary bloggers such as Iroel Sanchez in support of reinserting “communism” in the new constitution. It was like a minor earthquake, and then the ripple effect carried on until the final victory of ideas at the time of the actual referendum.

Bolivia was and is the Canadian “moment” to show the world that Canadian mainstream media is not state-controlled. However, it did not deviate one inch, as in the case of Venezuela.

Canadian mainstream media is therefore very much state-controlled. To take one more example: during the Mike Pence/Trudeau public press appearance on May 30, 2019 in Ottawa, only a few weeks after the Trump activation of the Helms-Burton Title III Act, all the Canadian journalists present took their cue from Trudeau. Like him, they did not publicly raise the issue of the further tightening of the criminal blockade against Cuba, even if it involves interference in Canada’s internal affairs and may affect Canadian businesses in Cuba. What was the other talking point in addition, of course, to antagonism toward China? You guessed it: opposition to Maduro in Venezuela.

This experience from Bolivia teaches the Canadian workers and trade unions an important lesson: to not only support the alternative media in Canada, but also get involved in widening the union audience by actually writing for these outlets and submitting its own statements for publication, for example on Bolivia. One cannot rely on mainstream media. It is a pleasure for this journalist to quote extensively from these many inspiring anti-US/Canada imperialist stands from union statements in articles submitted to alternative media (which, by the way, enjoys a much larger audience than is commonly believed). However, it would be better if the unions were also directly involved with the alternative media.

This would help prevent the Canadian population from falling prey to all national and international imperialist pressure. This consists of trying to crush the anti-imperialist sentiment of Canadian workers and in its place, convert it into being an apologist for the Trudeau foreign policy in Latin America. This writer declares: Never! What do you say?