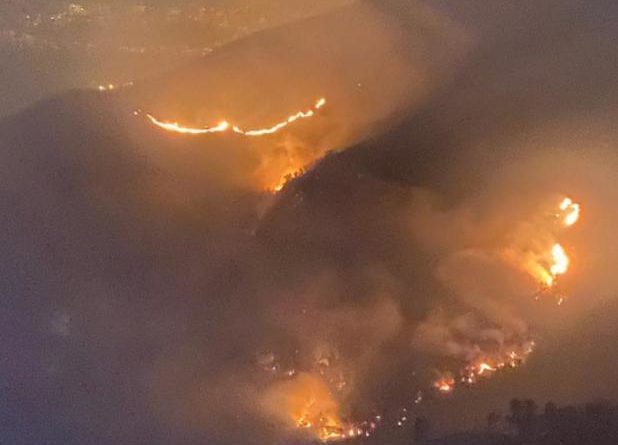 This Sunday, more than 50 wild fires were registered in the Caracas Metropolitan Area, including forest and structural fires, which were extinguished by the National Risk Management System of the Venezuelan government. This was reported by the deputy minister for Risk Management and Civil Protection, Randy Rodríguez, during a telephone contact in the “Al Aire” TV show broadcast by Venezolana de Televisión (VTV).

He specified that this Sunday alone there were 37 fires, between forest and structural fires, in the state of Miranda, with 15 more in the capital region. There was also mitigation and control work on the fires registered in the Macarao National Park.

Rodríguez added that members of the Bolivarian National Armed Force (FANB), security forces and civilian bodies participate in these tasks.

He explained that the dry period increased on April 4 and that it will remain until April 20 or 22 in the national territory. This represents a high risk of wild fires, which currently stands at 88%.

However, he expressed alarm because the number of recorded fires is incomparable to the figure of previous years. “There are many fires in sectors of the city where spontaneous generation is not common, so it seems that they are caused by the hand of man.”

He called for care with the so-called “controlled burning” of garbage or vegetation, which becomes a very dangerous factor at this time of year. He reiterated that the Fire and Civil Protection personnel remain deployed as part of the Forest Fire Plan and the National Disinfection Plan against Covid-19.

He also indicated that there is a haze effect in the air in Caracas, which increases said fires.

The mayor of El Hatillo municipality, Elías Sayegh, indicated on Twitter that there will be criminal sanctions for those responsible for these events that affect the respiratory systems of the inhabitants, which are already at risk due to the presence of the coronavirus. He added that the El Hatillo Civil Protection team is attending to contingencies, along with the Capital District firefighters.