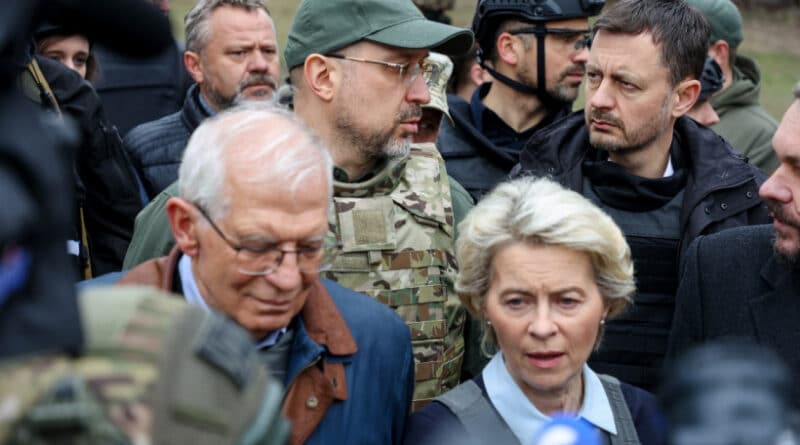 Statements regarding Ukraine issued by the head of European diplomacy, Josep Borrell, confirm that the European Union (EU) has definitively renounced its peacemaking ideals, the Russian Foreign Ministry declared.

Borrell, commenting on the events in Ukraine, wrote on Twitter on April 9 that “this war must be won on the battlefield,” and recalled that the EU allocated €500 million to supply weapons to Kiev.

“Such statements … clearly confirm that the EU definitively renounced the peaceful ideals of its founders, who did everything to make a war in Europe inconceivable,” the Russian Foreign Ministry wrote on its website.

💬Russian MFA Maria #Zakharova regarding @JosepBorrellF remarks that "This war will be won on the battlefield":

Here you have it, an "economic-focused" organization [EU].

👉 This is @EU no longer. Now it's simply a @NATO department on trade and economic relations. pic.twitter.com/9iw7IphO2U

Moscow warned that in the eyes of the world the EU is degenerating into a “militarized and aggressive instrument” of foreign expansion.

“The hypocrisy of the EU has no limits,” stated Russia’s Foreign Ministry. “The aid to Kiev, so that the Ukrainian nationalists could continue killing people with impunity, is carried out through the European Peace Support Fund.”

The ministry adds that “alternative points of view are being suppressed on all sides in the media space, and unprecedented pressure is being exerted on Russians residing in EU countries to renounce their historical homeland.”