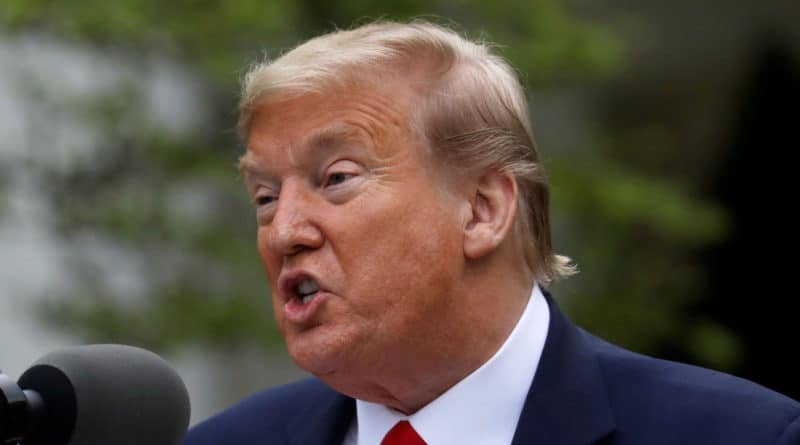 US Administration will suspend funding for the World Health Organization while evaluating its role “in the severe mismanagement and cover-up of the spread of the coronavirus,” Trump said.

US President Donald Trump announced on Tuesday that his Administration will stop providing funds to the World Health Organization (WHO), pending a review at the the UN body.

“The reality is that the WHO failed to obtain, examine and share information in a timely and transparent manner,” stressed the US president.

Trump criticized the agency’s response to the outbreak, saying that “one of the WHO’s most dangerous and costly decisions” was its “disastrous decision to oppose travel restrictions from China and other nations,” recomendations that he did not follow.

“Fortunately, I was not convinced and I stopped travel from China, saving countless lives,” he stressed.

Trump against WHO
Trump already announced last week that he was considering withholding funds for the WHO due to its mismanagement of the coronavirus crisis. In particular, the president accused the agency of favoritism towards Beijing and criticized it for opposing his restriction on travel from China. The White House occupant also noted that the WHO wasted time when the outbreak began and regretted that it did not take action “months before.”

In response, WHO Director-General Tedros Adhanom Ghebreyesus urged [nations] not to politicize the pandemic “if they do not want many more body bags.”

Donal Trump is facing an avalanche of criticism inside and outside the US for his lack of leadership managing the Covid-19 pandemic that has put the United States in the verge of a catastrophe. Analysts say that in attacking WHO Trump is diverting attention from his mistakes handling the crisis.